Fifth-generation CR-V is growing in size and moving upmarket.

The swirly camouflage seems to be hiding a slightly longer body which isn’t really all that surprising taking into account there are some reports indicating the 2018 CR-V will grow in size. While the front fascia appears to adopt an evolutionary design with Acura-like headlights, bigger changes occur aft the B-pillars and most likely the disguise is hiding a sportier design borrowing cues from the latest Civic. 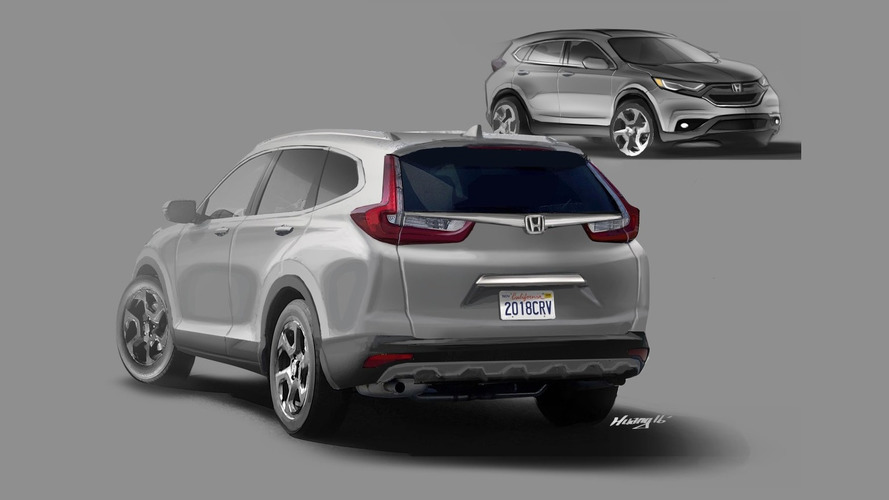 To get an idea of how it will look like, pictured above is a speculative render sent by a Motor1 reader last month. It’s based on a previous set of spy images and shows the crossover with a more dynamic appearance influenced by the Civic from where the 2018 CR-V will also inherit some of the hardware. Keep in mind it’s only a design exercise, so it does not necessarily mean the real deal will look like that.

As far as the interior is concerned, the stretched wheelbase will enable a more spacious cabin and Honda has promised it will be more refined. It’s going to be available as standard with a five-seat layout, but the next CR-V will allegedly spawn a seven-seat version as well to further distance the model from the smaller HR-V.

Power is expected to come from Honda's new turbocharged 1.5-liter engine with 174 hp (129 kW) and 162 lb-ft (219 Nm) delivered to the road via a continuously variable transmission. It remains to be seen whether the crossover will also be offered with a six-speed manual as it's the case with the 2017MY Civic. A front-wheel-drive layout is going to be standard, but you'll certainly be able to get the 2018 CR-V with an all-paw arrangement.

Expect the all-new Honda CR-V to be unveiled at a major auto show next year and go on sale as a 2018MY.