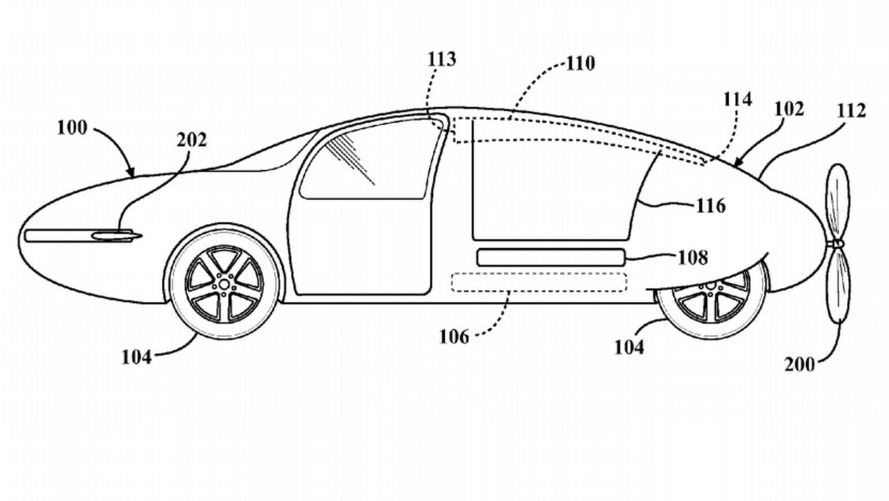 By using a flexible frame for the body and rear-mounted propeller, the automaker could finally make this dream a reality.

Toyota has a patent for a transforming flying car, and this vehicle is definitely more than meets the eye. Instead of folding the wings to the side of the body like some of these vehicles, this idea hides them inside the fuselage. To make this work, the rear of the craft would use flexible sections with a covering over them. When a person wants to transition from driving to flight, the movable panels would bend out of the way, and the wings would unfurl. This is just the kind of ingenious thinking you’d expect from a company that recently built an electric car out of wood.

Toyota’s patent outlines three different ways to package the wings inside the vehicle and create the opening for them. In some versions, the company would contract the flexible sections. In other embodiments, it would expand them. Regardless of the method, the result is that the wings can deploy out of the body.

Beyond looking really cool, Toyota’s idea has aerodynamic advantages, too. The company could design the moving joints to taper the body’s shape in the air, which would improve the craft’s flight characteristics.

Toyota filed for this patent in December 2014, and the United States Patent and Trademark Office just published it in June 2016. In that time, there has been a lot of development in the flying car field. Aeromobil has taken its third generation prototype airborne. Google co-founder Larry Page reportedly has two competing companies developing vehicles, too. After decades of attempts, the flying car might actually takeoff for consumers in the future.