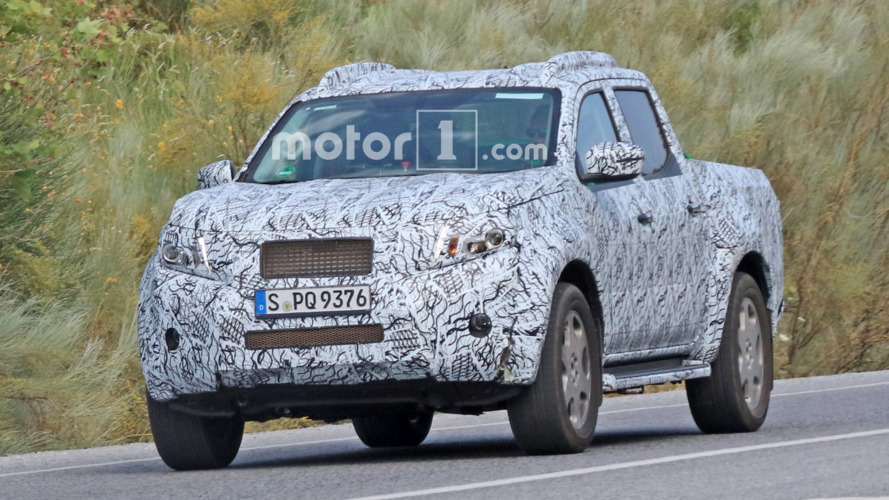 Tucked away in Daimler's half-year results document is a roadmap revealing some interesting things.

There was a rumor almost a year ago about a possible GLA Coupe due in 2019 based on the next generation of Mercedes’ smallest crossover. It turns out the gossip was partially true since the model is actually coming, but a lot sooner than originally believed. It will be out next year according to a 2017 roadmap published by Daimler this week part of a document talking about the company’s performances in the first half of the year.

The PDF also reveals the Nissan Navara-based pickup truck believed to be called “GLT” is also slated for a 2017 launch when Mercedes will introduce an assortment of new models. These include the Audi A6 allroad-rivaling E-Class All Terrain, along with the E-Class Coupe, E-Class Cabrio, and the facelifted S-Class.

In addition, the AMG GT will spawn the already confirmed open-top version which will be called “AMG GT C Roadster.” Interestingly, there’s also going to be a GT C Coupe, but we don’t know what the “C” stands for. We can tell you, though, Mercedes-AMG is planning more derivatives of the GT, so this “C” model is one of them and according to the adjacent roadmap will be offered in both coupe and cabrio flavors.

As far as Smart is concerned, 2017 will see the introduction of the electrified Cabrio and ForFour, joining the ForTwo Coupe EV due to see the light of day later this year.