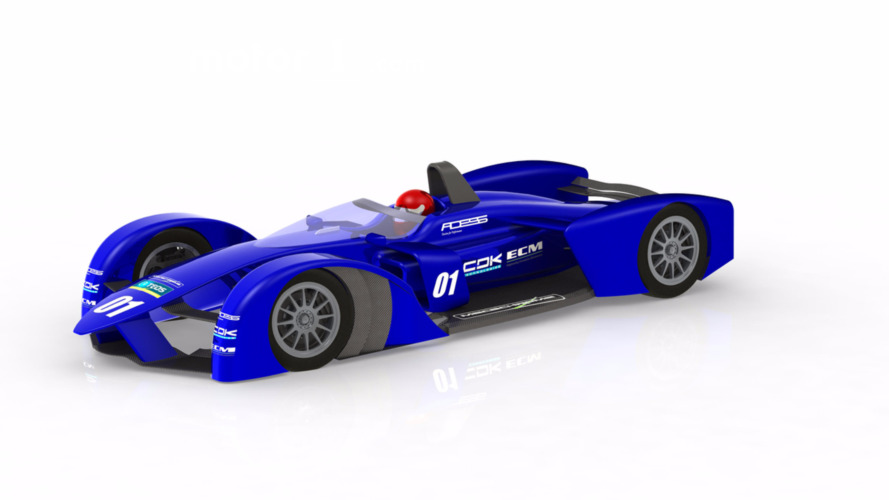 TEOS has explained to Motorsport.com why it believes it can beat Dallara and other firms to secure the contract to build Formula E's season five chassis.

The French company, which is a joint collaboration between former F1 technology provider Mechachrome and IFP Investissements (IFPEN), a French public sector future engineering initiative, is the only bidder so far to go public with its plans.

"In line with the principles conveyed by the FIA Formula E Championship, the aim is to bring a new perspective and an innovative approach, to shake up the established codes while keeping the culture of excellency which has made the success of all the involved companies," confirmed Benoit Lestoquoy, Design Manager of TEOS.

"We have especially in our team experienced designers of chassis technology which were more than enthusiastic to the idea to respond to this call for tenders," Lestoquoy told Motorsport.com.

"With the skills and experiences of our partners to complement our own, we are certain to have proposed a strong case. As often in this business, it is a story of passion first and foremost!"

Former Mader and Mechachrome engineer Pierre-Julien Hubert is the Technical Director in charge of the project in forming the tender.

TEOS believes that innovation in its tender is a key attribute as it aims to be the next supplier for the series.

"We believe that one of the main challenges will be to propose a truly innovative, breaking with traditions of the [single-seater] genre, while retaining markers that make one car per driver, as stipulated in the specifications of the FIA," continued Hubert.

"The difficulty will be to find where to place the bar. In general, exactly where to package the battery in particular also represents a major challenge, which must be considered early in the design.

"The concept that we propose is intentionally aggressive on this point, and a big job of CFD will be done."

TEOS also confirmed to Motorsport.com that it will remain interested in other aspects of Formula E, including the Roborace project.

Motorsport.com understands that a planned announcement regarding the tendering process for the chassis, which was set for this week, is likely to be delayed.

The successful bidder for the batteries to be used in season five (2018-19) is expected to be announced on Friday after the World Motorsport Council Meeting in Turin.

Renault, Williams Advanced Engineering and Mahindra are believed to be in the running for the deal.