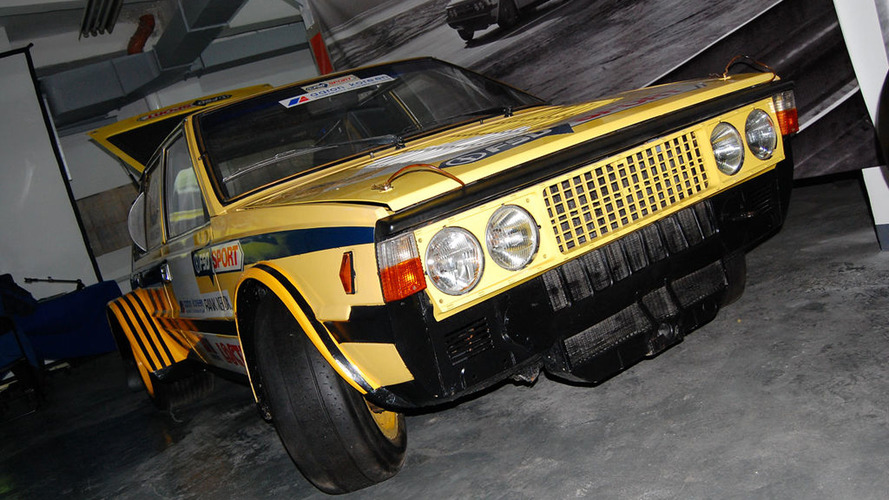 For this week’s Soviet Bloc cars series we are travelling to Poland, where we are meeting the super sporty Stratopolonez.

This is undoubtedly the most exclusive vehicle we have featured in our series so far. The Stratopolonez is a rally Frankenstein, assembled in only one copy.

The idea for the Stratopolonez appeared for the first time in 1977 and the car was ready for its first race in the fall of 1978 – more than a year later.

Here comes the big surprise. The Polish hatch is powered by a Lancia Stratos-sourced (and Ferrari Dino) 2.4-liter V6 petrol engine that delivers more than 260 horsepower (191 kilowatts). The engineers that worked on the project managed to squeeze extra punch by reworking the intake and exhaust systems.

Thanks to the motor and a five-speed manual gearbox, the vehicle was able to hit 62 miles per hour (100 kilometers per hour) for just over five, while top speed was around 143 mph (230 kph).

Bet you know the Lancia Stratos, the rally monster that dominated the rally scene in the 1970s and the early 1980s. The Polish Premier’s son had one, but crashed it during a race in 1977. That’s how the idea for the Stratopolonez was born.

The body of the Lancia was completely destroyed, but the powertrain, the chassis, and other key components were salvaged. FSO, the local automaker and pride of the nation, decided to use the parts and create a Stratos-based rally car. It took them more than a year to complete the project and to mate the engine and suspension with a modified FSO-based body.

No tests were performed before the rally debut of the car, which came in the fall of 1978. According to Wikipedia Poland, the vehicle made three uncontrolled rotations during its first race, which it won after all.

Interestingly, Polish engineers installed a bigger cooling radiator from a truck at the front of the vehicle and also extended the rear fenders to cover the wider Stratos suspension and wheels. Also, some additional air intakes were put all around.

The only Stratopolonez was used for rallying until 1985 when it was retired. No other examples were ever made, because… well, there were no more wrecked Stratos cars in Poland. Currently, the vehicle resides in the Museum of Technology in Warsaw.