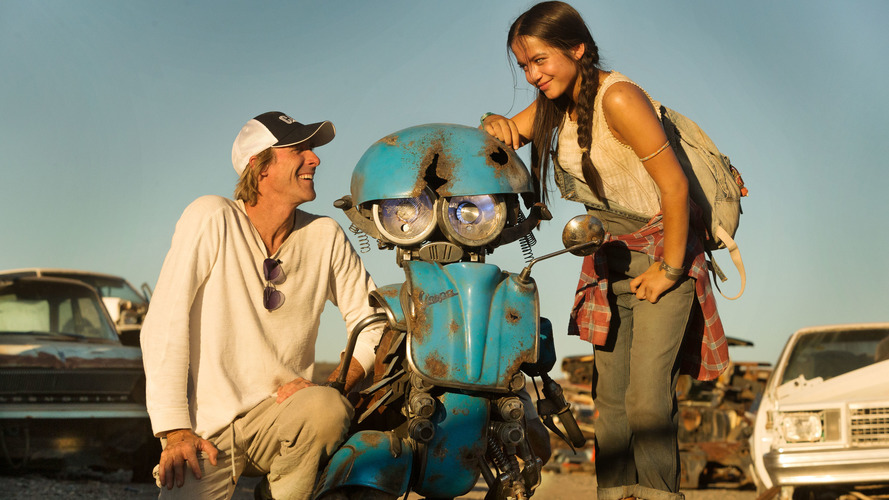 Director Michael Bay continues to tease some of the vehicular stars in Transformers: The Last Knight, and we now know the fifth film in the sci-fi/action franchise includes an adorable Vespa-based bot named Squeeks. It apparently plays the sidekick to the young actor Isabela Moner in the movie.

At just a few feet tall, we don't get the impression Squeeks plays a major role in the robot-fighting action against the Decepticon. Instead, the big eyes and bulbous body suggest the bot might be more for comic relief. In terms of the film's production, it's nice to see the production actually has a real-life version on set. In the past, the Transformers films have leaned heavily on computer graphics rather than on practical effects.

Bay already revealed two other high-octane stars for the upcoming film. The Chevrolet Camaro-based Bumblebee returns for the latest installment, but this time the Autobot has a new look. To fight the good guys, the Decepticon Barricade is a pursuit-ready Ford Mustang police car.

Transformers: The Last Knight will arrive in theaters in the summer of 2017. Most people will be in the cinema to see the vehicles or robot fights, but the film will have an impressive human cast, too. Mark Wahlberg and Josh Duhamel will return, and Anthony Hopkins will join the cast.