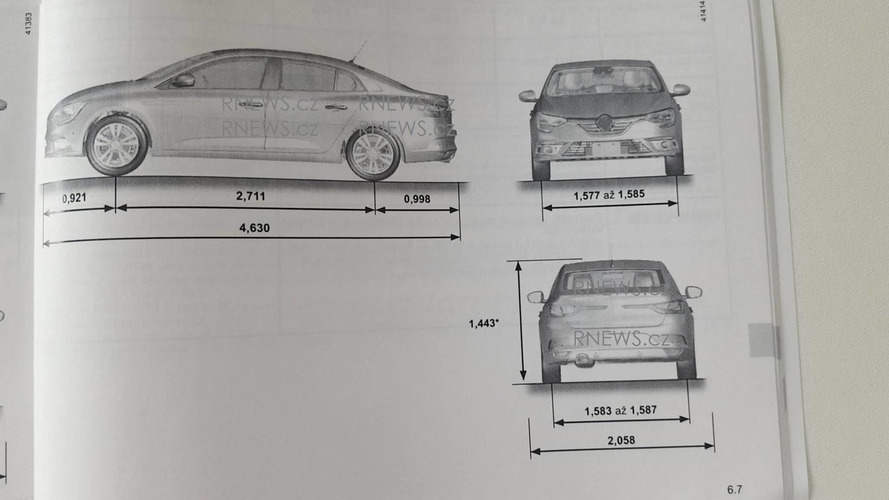 Czech magazine gets its hands on what appears to be the owner’s manual of the Renault Fluence successor.

It was only a few days ago when our spies caught on camera the Fluence replacement and now we have some preliminary technical details to share courtesy of rnews.cz. Somehow, the folks from the Czech magazine managed to take a few shots of the owner’s manual which shows the new model is going to be a tad bigger than the outgoing Fluence.

Speaking of the trunk, some people were hoping for a liftback configuration, but unfortunately that’s not going to happen. That’s too bad since a liftback design would have been considerably more practical and personally I’d take a liftback over a traditional sedan any day.

While the outgoing Fluence was created to be a more affordable sedan alternative to the Megane III hatchback, that’s not going to be the case with the new version. Those spy shots we posted earlier this week showed the car will likely be on par with the other two body styles, the hatch and the more practical wagon.

It remains to be seen whether Renault will stick with the “Fluence” moniker or will pick “Megane Sedan.” We are not excluding the possibility of an entirely new name to better reflect the car’s new, more upmarket status. After all, the company with the diamond logo did kill the “Laguna” nameplate for its new, plusher midsize sedan & wagon which now bears the name “Talisman.”

Expect the new compact sedan to be unveiled online in the months to come before making its public debut early October at the Paris Motor Show.