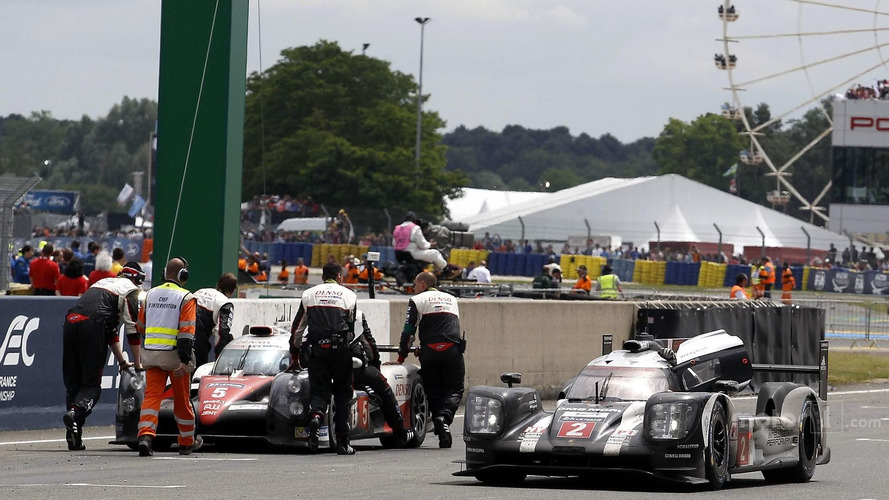 Toyota has revealed the technical problem which caused its dramatic penultimate lap issues that cost it a first ever Le Mans 24 Hours win last Sunday.

A team spokesman confirmed that, as Rob Leupen suggested to Motorsport.com immediately after the race, that a turbo-related issue was ultimately responsible for the stoppage of the #5 TS050 Hybrid driven by Kazuki Nakajima, Anthony Davidson and Sebastien Buemi.

“Car #5 suffered a technical defect on a connector on the air line between the turbo charger and the intercooler, causing a loss of turbo charger control,” said the spokesman.

“The team attempted to modify the control settings to restore power and this was eventually achieved, allowing the car to complete the final lap.

"However, it was achieved too late to complete that lap within the required six minutes [leading to the car's exclusion from the results].”

Toyota went on to explain that further investigations will be carried out to find the ultimate reason, which was distinct from its failure in the WEC 6 Hours of Spa-Francorchamps last month.

“Currently it is not clear exactly why this failure occurred, as we have verified the process used to produce the part here in Cologne,” continued the official spokesperson.

“Further analysis is required to determine the root cause. It is clear that the issue has no link whatsoever to the engine issues experienced at Spa earlier this season.

"Comprehensive investigations are underway at TMG to determine the precise reason for this issue with the aim of establishing countermeasures to avoid any repeat in the future.”