Is that a LaFerrari Spider under the cover? 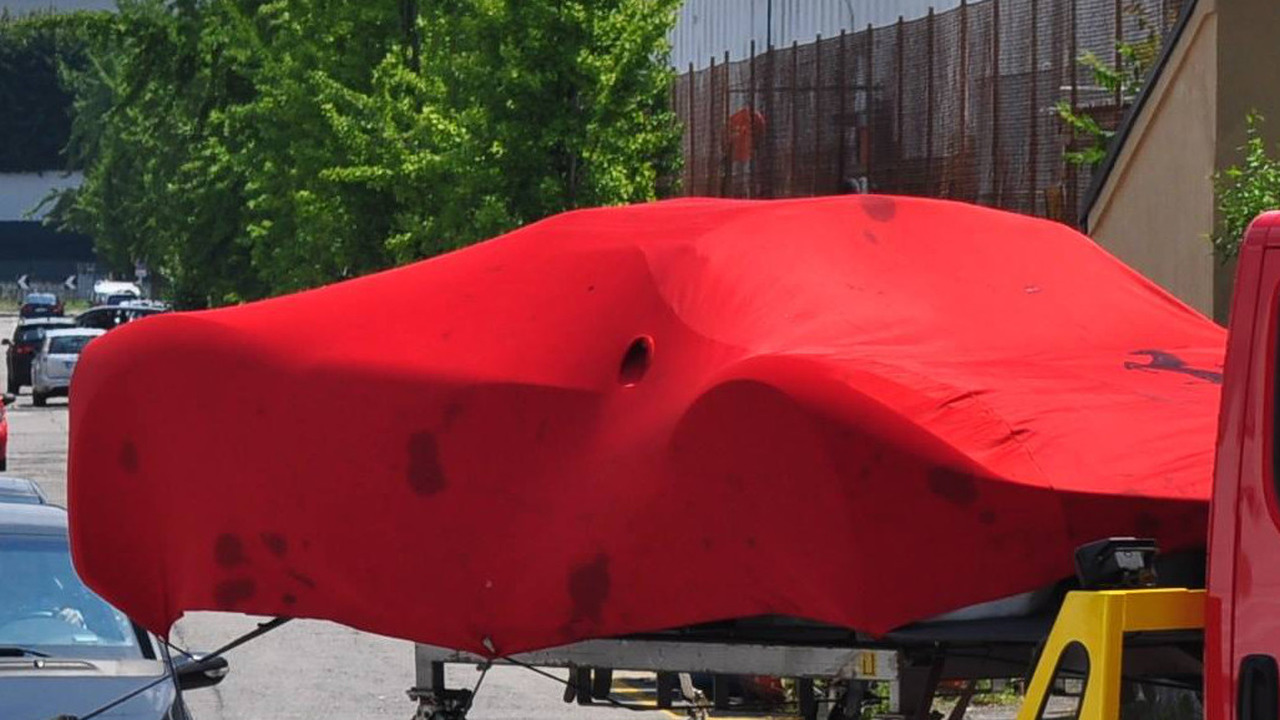 Is that a LaFerrari Spider under the cover?

A mysterious Ferrari has been snapped on the back of a truck by Autogespot readers Rico and Mees.

The car is hidden by a bright red cover but speculation suggests it could be hiding a body for the upcoming LaFerrari Spider.  We can't be a 100% certain but the fenders look virtually identical to those on the LaFerrari and the model appears to lack a roof.

Regardless of what's under the cover, the LaFerrari Spider will be one of the one of the most sought after models in years as it will pack a winning combination of a high-performance and open air excitement.

Ferrari has been tight-lipped about the model but previous reports have suggested it could be unveiled at the Ferrari Cavalcade which kicks off later today.  If the model does make a debut at the event, expect it to feature conventional doors and a removable roof that consists of two separate panels.

Power will likely be provided by a 6.3-liter V12 engine that is backed up by an electric motor.  This enables the LaFerrari coupe to produce a combined maximum output of 963 horsepower.  However, the LaFerrari Spider will likely be slower than its hardtop counterpart which runs from 0-62 miles per hour in less than three seconds before hitting a top speed in excess of 217 mph.