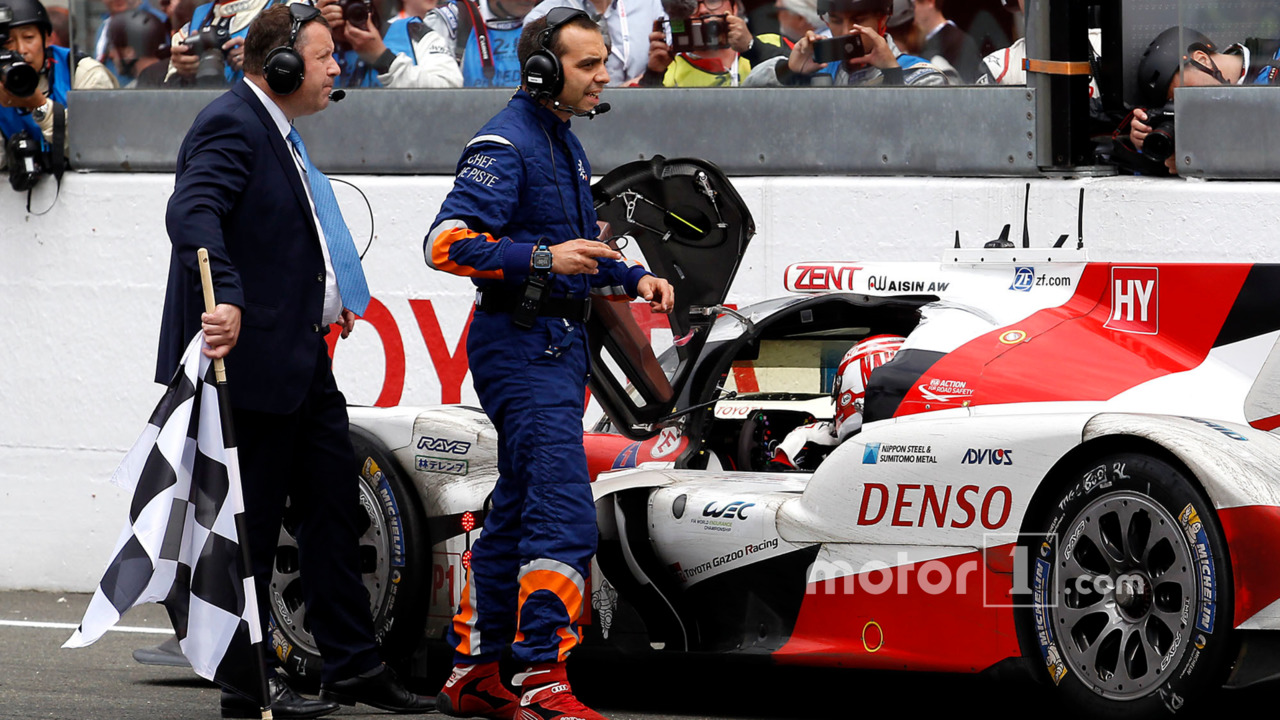 Kazuki Nakajima has described his experience inside the cockpit of the #5 Toyota TS050 Hybrid that had been on course to win the Le Mans 24 Hours before its heartbreaking final lap stoppage.

Having held a comfortable lead right up until the final five minutes of the French endurance classic, Toyota had been set to finally seal a first win at La Sarthe before Nakajima began to slow dramatically on the penultimate lap.

That allowed the #2 Porsche driven by Neel Jani, Romain Dumas and Marc Lieb to clinch the German manufacturer’s 18th Le Mans win, with the #5 car of Nakajima, Anthony Davidson and Sebastien Buemi eventually being excluded from the result for taking too long to complete its final lap.

Speaking afterwards, Nakajima said at first he was worried he had done something to cause the failure.

“I felt there was something wrong with the car one lap before I slowed down,” said the former Williams F1 driver. “I suddenly lost power.

“The engineer told me not to use the kerbs and just keep driving without raising the revs. I just thought, ‘what did I do?!’ That’s how it was.

“Then I just lost power so suddenly. We tried almost everything, but nothing worked. I just cruised the final lap.

“I don’t know what caused it. I panicked. The pit must have panicked as much as I did.

“But if 100 million people were watching the race around the world on TV, I think we now have 100 million more Toyota fans.”

While Toyota issued a statement on Tuesday saying it had yet to find out the precise cause for the failure, the team’s general manager Hisatake Murata revealed that Nakajima’s car had a boost pressure problem.

“There was no sign of anomalies in the data before the problem, or at least not just before it.”

Murata added that the bitter experience would make Toyota better prepared for next season, the Japanese marque having vowed to return to La Sarthe to avenge its defeat.

“We went through so much during this year’s 24 hours,” said Murata. “It would have been a great story to tell only if we’d had a happy ending.

“Most of the problems were ones we had never experienced before. Next year, we will be better prepared, getting rid of problems before we arrive at Le Mans.”