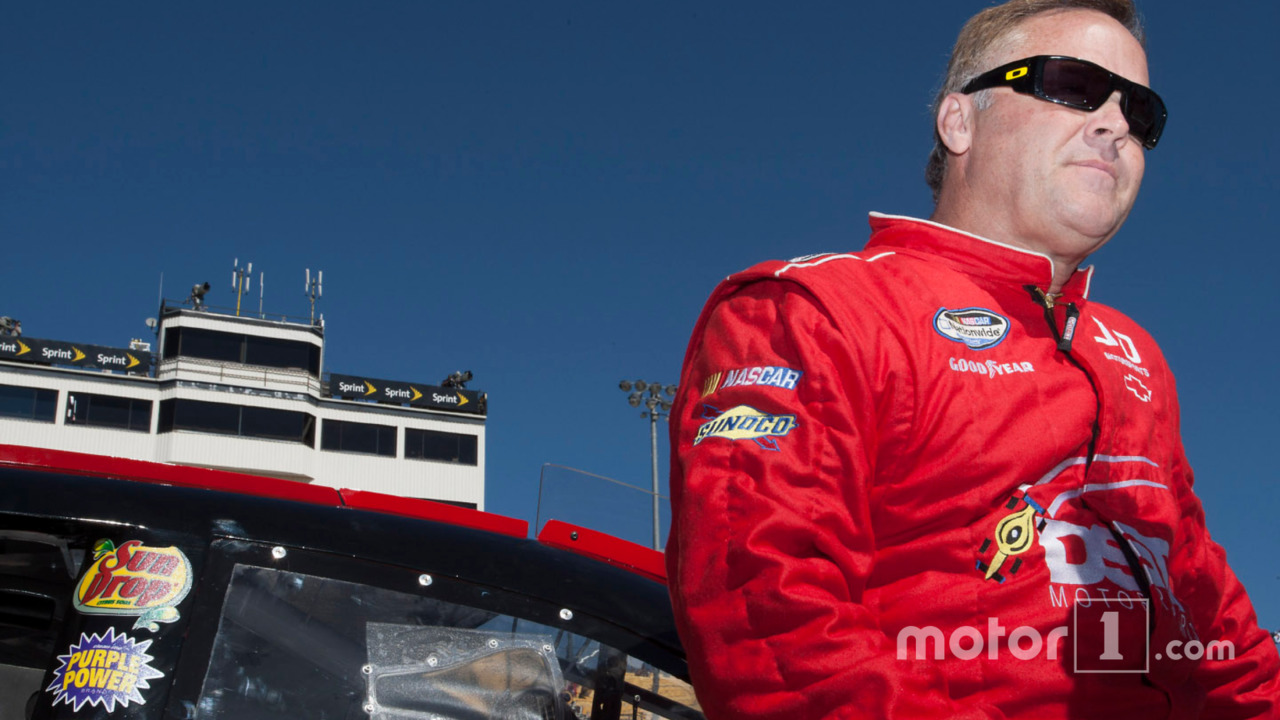 NASCAR driver Mike Wallace said that after three men attacked him and his daughter, they left the scene in a white truck with logos from a company called Lucas Landscaping.

The incident took place after a Rascal Flatts concert last Friday night, which left Wallace (brother to Kenny and NASCAR Hall of Famer Rusty) hospitalized. All three men who fled the scene were arrested.

Now, the landscaping company has issued the following statement:

Indian Trail, NC-  On Friday, June 17th one employee of our company was accused of being involved in an assault upon one Mike Wallace and Lindsey Wallace Van Wingerden.  Since that time Mr. Wallace and various other individuals have chosen to post statements, comments and opinions regarding the circumstances on social media websites.  This has resulted in verbal attacks upon our business, suggestions that our clients abandon our company and innuendo regarding our business that we believe is designed to both frustrate the proper administration of justice within our court system and prevent our company from continuing to do business where we employee over 70 individuals who work hard and depend upon their jobs to support themselves and their families.

This situation arose at an event that did not involve our business or the operation of the business in any way.  The efforts being made to disparage our business and negatively impact its hardworking employees is both disturbing and uncalled for.  This is, in our opinion, a mechanism being used to point blame at those who had no involvement in the matter and, simultaneously, deflect any inquiry into the actions and behavior that may have occurred at the time the situation arose by those making the accusations.

Our company takes the actions of its employees, both on and off the clock, seriously and we plan to diligently and appropriately evaluate all of the accurate and undisputed information.  However, we respectfully ask that those who rely on social media postings and one sided representations of fact CONSIDER the motivations behind those efforts.  No one at our business would expect those who patronize the business of another to vilify or otherwise judge that business based upon what are solely accusations and finger pointing at any one or more of their employees.  We feel certain that if a similar situation were occurring to Mr. Wallace, he would be asking for a fair and reasoned approach that included both sides of the equation, not just the one desired by the complaining party.  We ask that a rational and objective assessment of the matter be considered before taking actions, as suggested by others, that would harm our professional activities and the families who gain support from our business operations.

We are saddened that we have felt the need to engage in this release but it does, unfortunately, appear that Mr. Wallace and his supporters intend to have this matter resolved in the court of public opinion.  This is NEITHER FAIR NOR appropriate for any of the parties involved to include mr. Wallace himself.  This is especially true related to our business which had absolutely no involvement in the matter.  We hope that the public will do as we intend, by gathering facts that are properly vetted.

Our company supports our system of justice and believes that it will operate in an unbiased and objective manner in determining just which individuals may have been at fault in this situation.  As suggested above, we believe that efforts to undermine our system, including the verbal attacks on our business, should be viewed dimly and questioned wholeheartedly.