Own a different GTR, rare 924 racer goes to auction 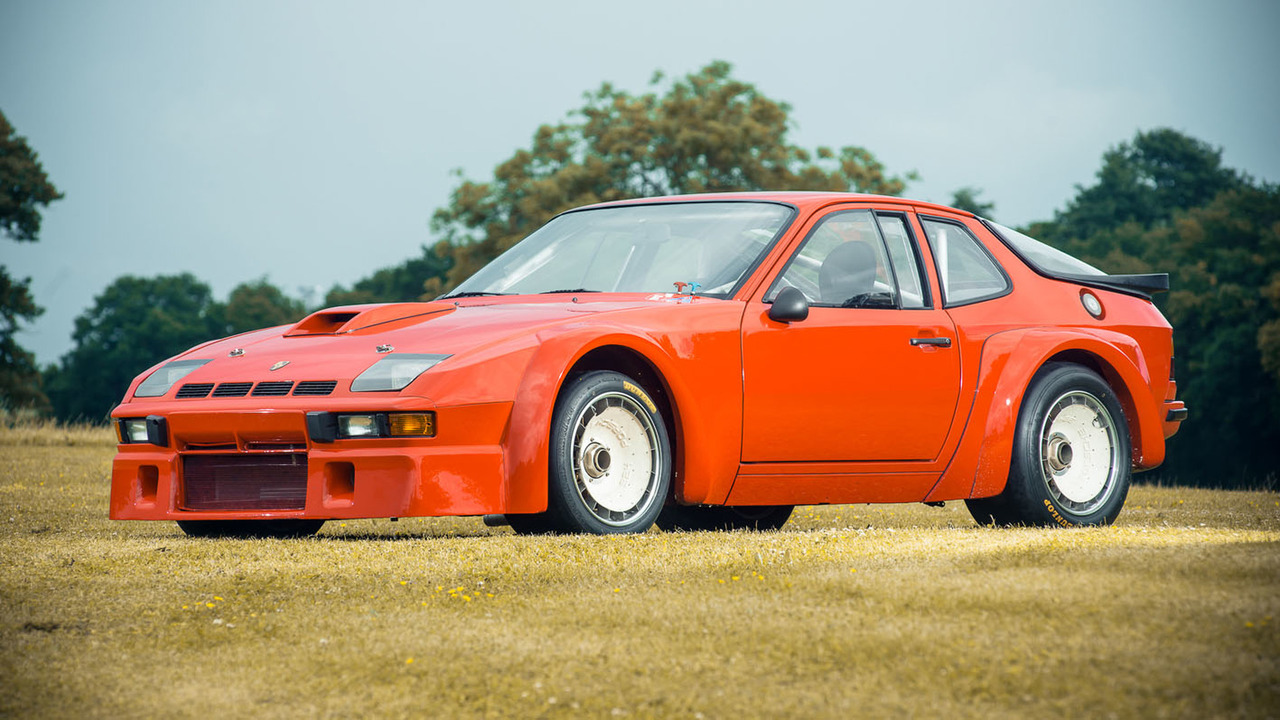 This pristine example has just 68 miles on it.

Buying one of Porsche’s vintage, factory-prepped race cars is generally a very expensive undertaking, often costing millions of dollars. However, buyers willing to cast a wider net than the usual 911 and 356 competition vehicles can find lower prices. For example, Silverstone Auctions will offer one of seventeen examples of the 924 Carrera GTR on July 28. It will sell for an estimated 475,000 to 575,000 pounds ($698,000 to $844,500), which will be almost a bargain by rare Porsche standards.

The 924 Carrera GTR was the ultimate evolution of the roadgoing coupe. Porsche offered the hotter 924 in three flavors: Carrera GT, GTS, and GTR. Each one was more exotic than the last. Customers who bought the top variant got a dry-sump version of the turbocharged 2.0-liter four-cylinder with 375 horsepower and 299 pound-feet of torque, which routed to the rear wheels through a five-speed dogleg gearbox. A fully adjustable suspension and four-piston brakes from the 935 aided work on the track, and an integrated roll cage helped driver safety. One of them even scored a class victory at Le Mans in 1982.

However, this example doesn’t have any professional racing provenance and is in pristine condition. The coupe went to Japan in 1981, and a wealthy businessman used it a handful of times at Suzuka and Fuji Speedway. His records showed he drove the car a mere 68 miles in seven years before putting the Porsche into storage. He then sent the 924 to a specialist shop once a year for service.

Silverstone Auctions claims this might be the most original Porsche race car in existence because of its low miles. The new buyer gets to experience a practically untouched competition vehicle from the famous company 35 years after the coupe left the workshop.

An amazing and totally original, one owner and 109 kilometres from new Porsche 924 GTR, hidden in Japan for 30 years, will headline Silverstone Auctions’ Competition Car Sale on 28th July at the Silverstone Classic.

Not just any Porsche 924, this ‘ultimate’ version, a 1981 Carrera GTR, has an incredible story to tell and is by far and away the most original and untouched example of any Porsche Silverstone Auctions have ever seen.  Delivered new to Japan in 1981 by Porsche importer Garage Italya, this is one of only two cars delivered to the country, with the other example used extensively for racing. In 1983, after being stored for two years, it was purchased by a Japanese businessman and classic car enthusiast who wanted to add it to his private collection.

Uniquely this factory built Porsche race car was only enjoyed a handful of times on the track at Suzuka and the Fuji Speedway. On each occasion, the fastidious Japanese owner made a record of the distance travelled at each track day. According to his records, the car covered just 109 kilometres in the first seven years of ownership, after which the 924 was carefully tucked away in his two-storey garage, with his prized Porsche 'racer' safely in the first-floor attic space accessible by a car lift.

It is presented today exactly as the factory built it, perhaps the most original Porsche factory race car in the world? Its authenticity is without doubt and the details even go even down to the initials on the engine management box signed by Porsche factory race technicians. Now in the UK and offered for public sale, the car joins the auction at the world’s biggest classic motor racing festival, estimated at between £475,000 and £575,000. The car comes with a Japanese title document and records of its minimal usage and extensive maintenance.

Speaking ahead of the sale of the car, managing director of Silverstone Auctions, Nick Whale, said: “This fantastic car can only be described as a time capsule with everything original throughout, even down to handwritten stickers on the loom and the last two numbers of the chassis and engine number written on the ECU in marker pen! It’s a very special collector’s item that would be the icing on the cake to any serious Porsche collection.”

Just 17 examples of the 924 Carrera GTR were made available to private customers at a cost of $75,000. Benefitting from constant development, the cars were delivered from Porsche with fully integrated roll cages, fully adjustable suspension and four-piston 935 brake callipers squeezing larger 31cm discs. The engine was a highly modified version of the 2.0l motor used in all 924s, featuring dry sump lubrication, which helped it produce 375bhp. Weighing just 930 kilos, the GTR was good for 180mph and 0-60mph took 4.7 seconds.

Nick added: “It’s the 40th anniversary of the Porsche 924 this year and we’re delighted that we’re able to offer what is surely a total one-off investment opportunity and the best available example of Porsche’s ultimate and rare incarnation of the model.”

For more information on the car and Silverstone Auctions’ sale at the Silverstone Classic please visit https://www.silverstoneauctions.com/porsche-924-carrera-gtr.