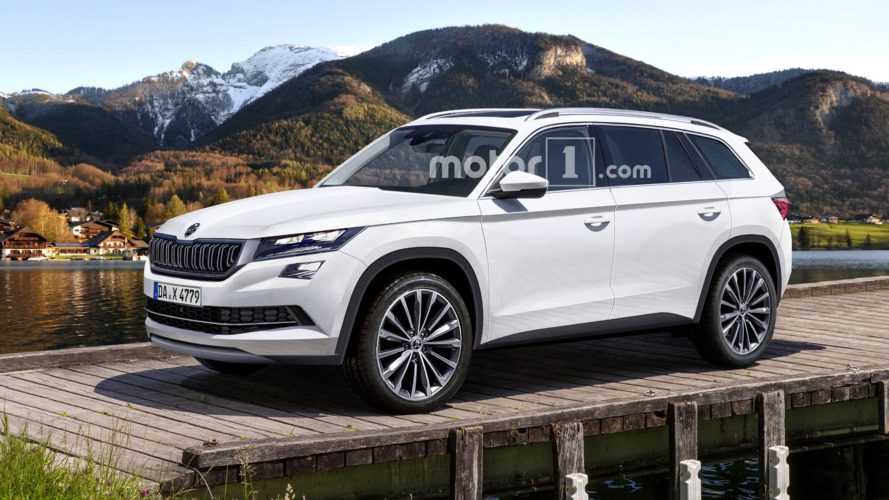 Crossover is slated to debut later this year.

Skoda is putting the finishing touches on the Kodiaq crossover as spy photographers have caught the model undergoing testing on the Nürburgring.

Previewed by the VisionS concept, the Kodiaq has a familiar design but adopts a revised grille, larger mirrors, and more traditional door handles.  The crossover also boasts muscular fender flares, a sporty roofline, and a tailgate-mounted spoiler.  Later on, we can expect to see a stylish Sportline variant and a rugged Scout version with additional plastic body cladding.

Our spies couldn't get close enough to snap interior photos but the model is expected to eschew the concept's high-tech cabin which featured a front seat passenger infotainment system and a digital center stack.  However, drivers can look forward to an accommodating cabin that can comfortably seat up to seven people.

Under the hood, we can expect an assortment of different petrol and diesel engines.  Nothing is official but choices are expected to include a turbocharged 1.4-liter petrol and a 1.6- or 2.0-liter diesel.  There should also be a familiar 2.0-liter BiTDI engine that produces 240 horsepower and 369 pound-feet of torque.