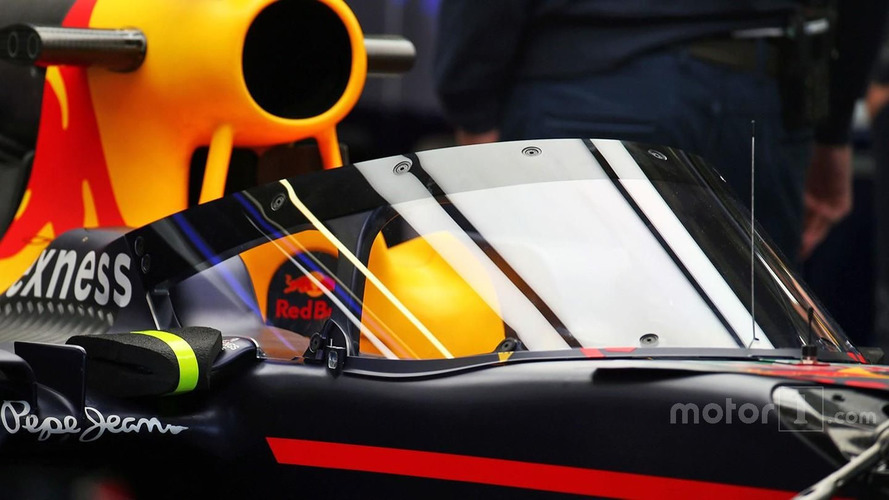 Red Bull has stopped work on its Aeroscreen because it does not want to waste any more resource on it if the project is not going to move forward in Formula 1.

The Milton Keynes-based team pushed hard earlier this year to produce the alternative to the Halo concept that has been developed by Mercedes and Ferrari.

The Aeroscreen ran briefly on Daniel Ricciardo's car at the Russian Grand Prix and it drew positive support from fans and F1 figures who believed it looked better than the Halo.

But amid questions that were prompted after crash tests, and an issue with the upper rim potentially being in an area that could be struck by a drivers' head in the event of an incident, it was felt that introducing it for 2017 would be too risky.

F1 teams agreed at the Monaco Grand Prix therefore that the Halo idea would be the one pursued for now, with confirmation of its introduction for next year expected around the time of the British Grand Prix.

The situation – and the prospect of the Aeroscreen needing more work if it was going to be ready for 2018 - left Red Bull facing a workload headache.

For it was already facing the challenge of working on its 2016 car, plus preparing the all-new 2017 challenger.

Having to devote manpower and finances – having already spent around 250,000 Euro on the project – to improve the Aeroscreen was therefore deemed to be a step too far.

Instead, Red Bull is now hoping that a third party – such as a racing car constructor – can take the project on so that it can be developed properly and made available to all categories.

Speaking about the situation to Motorsport.com, Red Bull boss Christian Horner said: "At the moment we have suspended all our work on the Aeroscreen because we are awaiting a direction officially from the FIA. They have all the info.

"We don't have the resource nor capacity to continue the development on it. Plus somebody also has to pay for it."