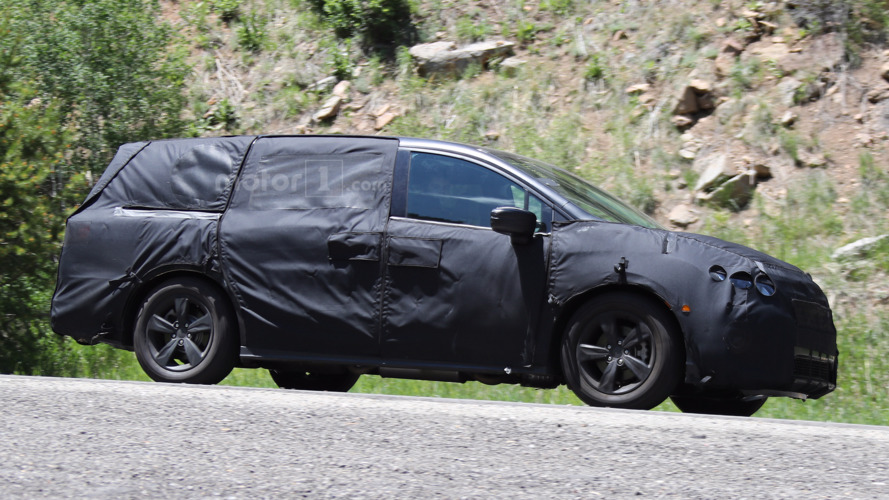 A more traditional van look is evident for the next Odyssey.

Our spy photographers once again spotted the 2017 Honda Odyssey out testing, giving us yet another look at the shape of the new minivan. The biggest visual difference compared to today’s Odyssey is that this version looks to ditch its jagged “lightning bolt” design for the belt line.

Up front, the new Odyssey appears to adopt a similar face to other new Honda models, with a wide chrome grille flanked by angular headlights that could have optional LED illumination. Large taillights wrap from the rear fenders onto the liftgate, which should have a somewhat traditional, van-like upright rear window.

The 2017 Honda Odyssey will share its powertrain with the Honda Ridgeline and Pilot, meaning buyers will get an updated 3.5-liter V6 engine that may be mated to a 9-speed automatic transmission, instead of the six-speed offered in today’s van.

“We get the question all the time. People say, 'why not an all-wheel-drive Odyssey?'” Mendel told Edmunds.

The 2017 Honda Odyssey will be introduced this year, with the Los Angeles auto show this fall providing one possible venue for its public reveal.