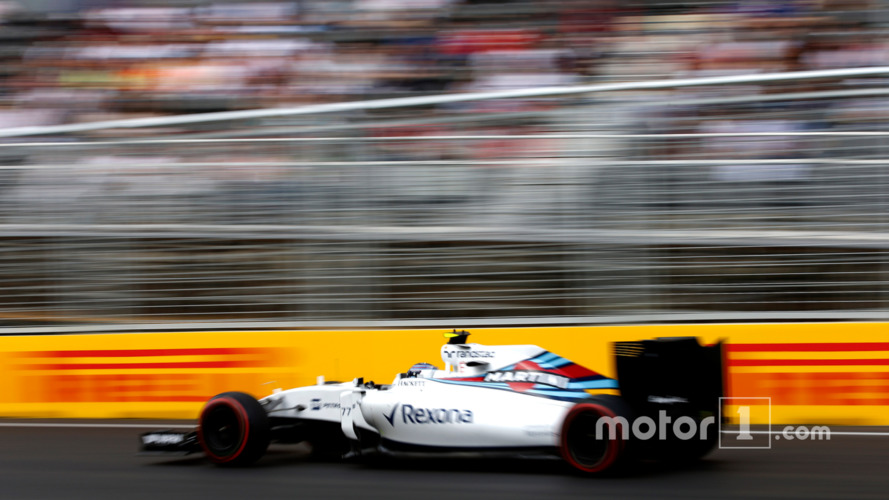 Formula 1 track designer Hermann Tilke says he was surprised by speeds at the end of the straight.

Valtteri Bottas was officially clocked across the start/finish line as going at 366.1 km/h during qualifying in Baku, as the result of a slipstream he had got off Max Verstappen's Red Bull.

However, as braking zone for Turn 1 is after the start/finish line, Williams' data showed that his car continued to accelerate after that reading and reached a peak of 378 km/h shortly afterwards.

This figure is in excess of speed trap figures from F1's other high-speed venues, Mexico and Monza.

At last year's Mexican Grand Prix during qualifying, Felipe Massa was recorded at 364.3km/h through the speed trap, which beat the previous benchmark of 354.6 km/h which Sergio Perez had delivered at Monza earlier in the season.

However, Baku's top speeds are more a shock because of the tight and twisty nature of the track once the cars have left the 2.1km long straight.

In fact, Bottas's efforts may well set an unofficial record – with the previous benchmark understood to be Juan Pablo Montoya's 372.6 km/h that he set at Monza in his McLaren in 2005.

Tilke told Motorsport.com that neither he nor the teams had expected Baku to be so quick, with original estimates being as low as 340 km/h.

"Our computer programme for laptime and speed simulation stops at 340 km/h, because you never know what teams will use in terms of wings and settings," explained Tilke.