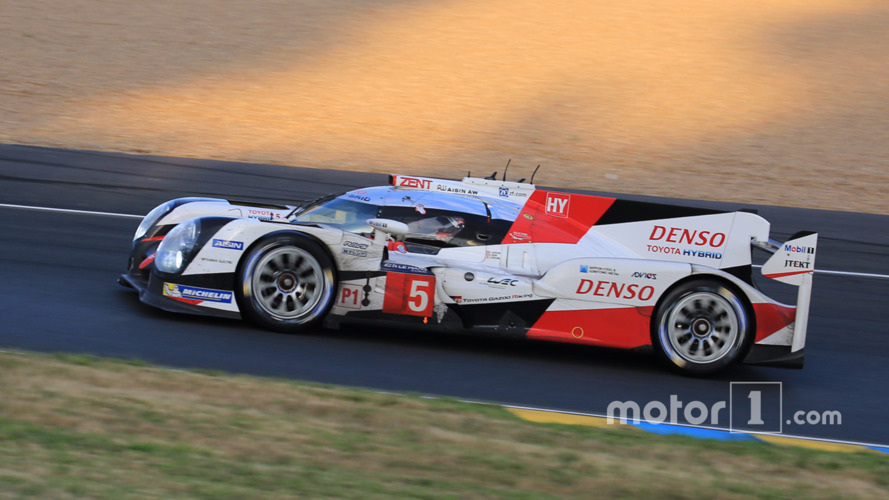 Toyota has described the incredible moment when a certain maiden victory in the Le Mans 24 Hours slipped through its fingers as the leading #5 Toyota ground to a halt with three minutes remaining.

The Japanese manufacturer had been firmly on course to finally seal an elusive first La Sarthe win - having previously finished runner-up on four occasions - with the #5 TS050 Hybrid of Anthony Davidson, Sebastien Buemi, and Kazuki Nakajima.

But a late problem caused Nakajima to slow dramatically on the penultimate lap of the race and come to a stop on the start/finish straight, with the #2 Porsche of Neel Jani sweeping past to snatch a last-gasp win.

The #5 car limped around the final lap at low speed and was eventually excluded from the results for taking too long to take the chequered flag.

“Suddenly we got the information from Kazuki in the car that he was missing power. His race engineer [Jean-Philippe Pelaprat] and the pit wall reacted but they couldn’t see anything on the data at that moment.

"It could be around the turbo side but we don’t know exactly what it is. Then the lap just never ended.”

Toyota could at least take minor consolation in the #6 Toyota of Mike Conway, Stephane Sarrazin and Kamui Kobayashi taking second overall, the car having led for much of the race.

Leupen expressed his satisfaction at the pace shown by the all-new TS050 Hybrid, even if the end result was "hard to take" for the Cologne-based team.

“Before we came, we had issues to solve and we did, the team were fantastic," he continued. "The spirit was good in the team, we had no real issues.

"We set up what seemed to be a nice conclusion, but there was a sting.

“We’ve shown that the car is good and we can match Porsche and show what we can do. We go to the next race now at Nurburgring and we go again but this, this is hard to take right now.”