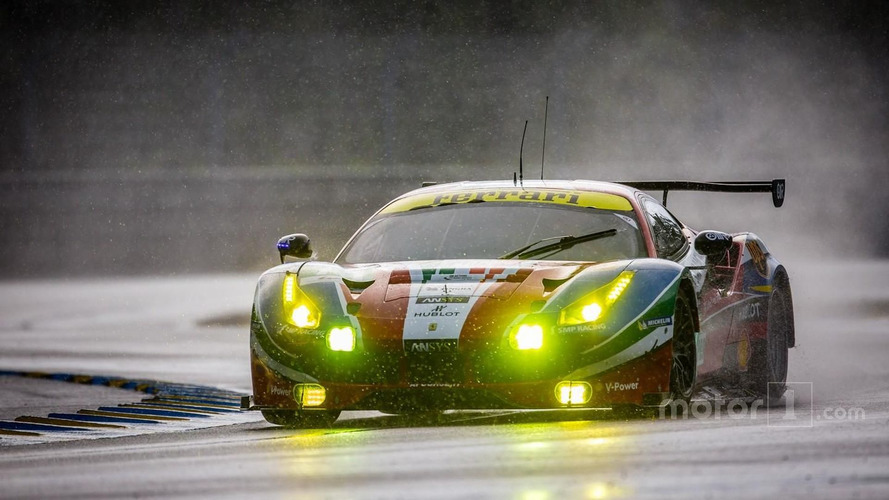 The ACO and the FIA has made several changes to the contentious Balance of Performance in the LMGTE Pro class for this weekend’s Le Mans 24 Hours.

After a meeting attended by the ACO, the FIA and members of the manufacturers in LMGTE Pro – Ford, Ferrari, Porsche, Corvette and Aston Martin - several adjustments have been made to the various competitors.

Most significantly the Ferrari 488 GTE has had 25kgs added to its base weight meaning that it will run at 1268kgs for the race this weekend - this equating to a 10kg increase in the latest raft of changes.

The Ford GT has had a 5kg increase to its base weight and will thus run at 1248kgs, which is an additional 10kg compared to what it ran in qualifying.

Ford had previously been given a total of a 25kg weight break between Spa and the Le Mans week.

As well as adjusting the weight of the cars, the governing bodies have also tweaked the engine restrictor diameter, with Aston Martin and Corvette getting reductions of 0.4mm and 0.3mm respectively.

The boost levels have also been adjusted, with Ford having its boost ratio decreased. Finally, the fuel volume has been modified, Porsche getting an increase of 8 litres, Ferrari - 4 litres and Corvette - 7 litres.

The last minute changes come after controversy surrounded the discrepancy in pace between the turbo- and the atmo-powered cars after qualifying one on Wednesday evening.

Ford and Ferrari were significantly quicker than their direct opposition but the pace was rationalised by Multimatic’s Larry Holt yesterday, when he strongly denied accusations of manipulating the pace of the Fords.

No in-race penalties, which are available to the ACO/FIA, were announced for any misleading of the rules makers during the pre-race process of evaluating the pace of the various LMGTE Pro cars.

Gallery: Ford and Ferrari penalized with extra weight for running too fast in Le Mans qualifying