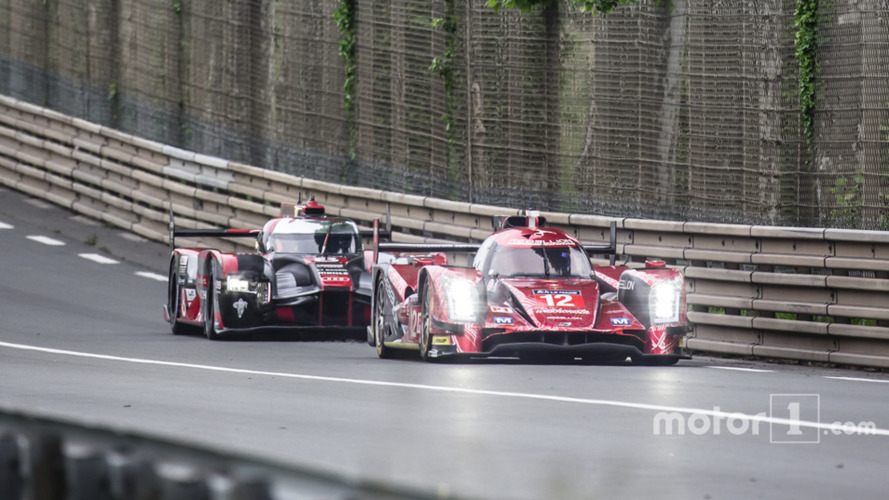 Predicts the extra traffic will result in a slower race.

Audi driver Oliver Jarvis believes that traffic management during the Le Mans 24 Hours will be even more critical this year with 60 cars on the starting grid.

The British driver, who shares the #8 Audi R18 e-tron quattro with Loic Duval and Lucas di Grassi, also thinks that the reduction in top-end speed of the LMP1 cars will add extra dimensions to the race.

“I think [having 60 cars] will make a difference because there are four extra entries this year but more tellingly there are less LMP1 cars, so the extra traffic we have will be slower,” Jarvis told Motorsport.com.

“As always there will be a big difference between the professional and the gentlemen drivers.

"During the test day, we saw a few strange things on track, like some cars almost defending into corners and then getting to the apex and not having seen you. Ultimately you know which cars to be aware of.”

Several aspects of overlapping between the classes were raised and discussed at length in Tuesday’s drivers briefing.

“Remember that the LMP1 cars used to have more top speed, whereas now we have a similar top end speed to the LMP1 cars and even some of the LMP2 and GT cars are not too far away,”  Jarvis continued.

“Where we gain our advantage is when we deploy the hybrid power out of the corners. So on the first 50 percent of the Mulsanne straight we are much quicker.

"But the point that was raised was that coming out of Tertre Rouge and Mulsanne, and where there are kinks afterwards, then the car in front should just stick to their line, because sometimes they have a tendency to go from left to right to take the apex.

"That is where accidents can easily happen, but this has been raised and hopefully it can now be avoided.”