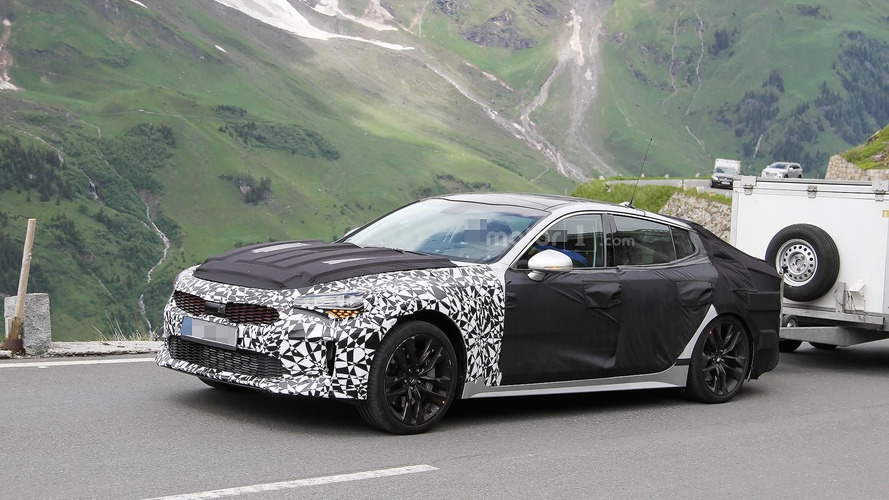 It was almost five years ago when Kia unveiled the very promising GT concept at the Frankfurt Motor Show. A rear-wheel-drive sedan with some serious performance credentials, that car is now getting ready to morph into a production version under the name “Stinger” (after the GT4 Stinger concept) if we were to rely on the rumor mill. Seen here is a prototype stretching out in the Alps and it appears to have the production-spec body.

Despite the camouflage, the GT concept influences are still visible and from what we are seeing so far it looks very promising and could be a breath of fresh air in a segment dominated by the Germans. Codenamed “CK,” the all-new model from Kia will likely be underpinned by the same rear-wheel-drive platform as the Genesis G80. We hear an optional all-wheel-drive arrangement will also be offered at an additional cost, but nothing is official at this point.

It’s not known at this point when Kia will introduce the “Stinger,” but we do know it’s due to go on sale in Australia during Q3 2017 from around $40,000 AUD ($29,905 USD) for the base model. If Aussies will get by the third quarter of next year, it means Kia likely has plans to show the car by the end of this year or early 2017.