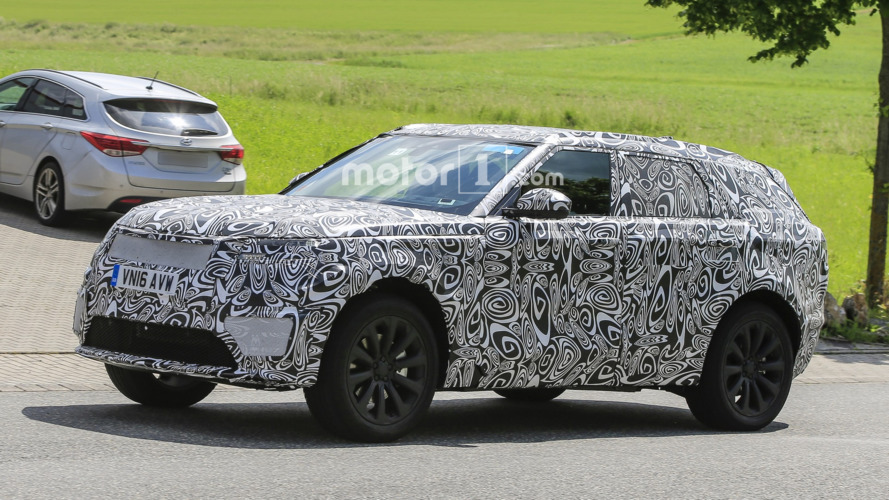 The so-called Range Rover Sport Coupe has been spied once again.

Billed as a BMW X6 and Mercedes GLE Coupe competitor, the model is designed to be positioned between the Evoque and Range Rover Sport.  The company has been tight-lipped about the model, which was previously known as the Evoque XL, but the spy photos show the crossover will have a familiar design that is instantly recognizable.

The camouflage hides most of the styling details but we can see the model will have a sporty front fascia with a slender grille that is flanked by sweptback headlights.  Designers also added a rakish windscreen, a compact greenhouse, and a gently sloping roof.  Out back, there's a tailgate-mounted spoiler and a dual exhaust system.

Land Rover hasn't said much about the model but it is expected to ride on the iQ[AI] platform that underpins the Jaguar XE and F-Pace.  Engine options are expected to carryover from the aforementioned models and include a supercharged 3.0-liter V6 that produces 340 horsepower and 332 pound-feet of torque.  There have also been rumors about a hybrid and an electric variant but nothing is official as of yet.

The Range Rover Sport Coupe is expected to be unveiled late next year so expect to learn more in the coming months.