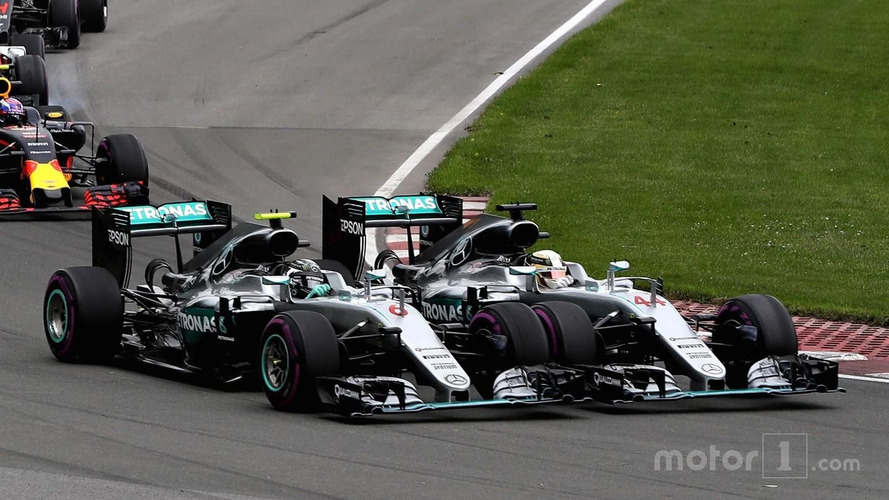 Rosberg finished fifth, after a first corner clash with Hamilton dropped him to 10th early on.

He battled back to battle with Red Bull's Max Verstappen in the closing stages, but spun on the penultimate lap while trying to pass him.

"Sebastian [Vettel, who led early on] made a good start, I had a decent one and Lewis had a really bad one.

"My position was on the outside and in Barcelona I gave it a go around the outside of Lewis and it worked out really well, I went for the same again today and he did a really hard racing manoeuvre, we touched and I was off, and that's it. It didn't work out.

"I was very pissed off in the moment, but that's racing in the end and it's my job to make sure I'm in front after a battle like that next time.

"It was very costly for me because I lost a lot of places and from then it was an uphill battle trying to fight back."

Almost ran out of fuel before spin

Rosberg also revealed that the alarms that were going off on his dashboard in the late stages were fuel-related.

"It was difficult with fuel – I nearly ran out of fuel," he said. "So that's why I couldn't really attack Max properly, and he did a very good job to defend.

"I had to drop back again to save fuel and attack again, and in the end it went completely pear-shaped and spun around, but managed to carry it home still."