Barricade is a mean, pursuit-ready Mustang for Transformers 5 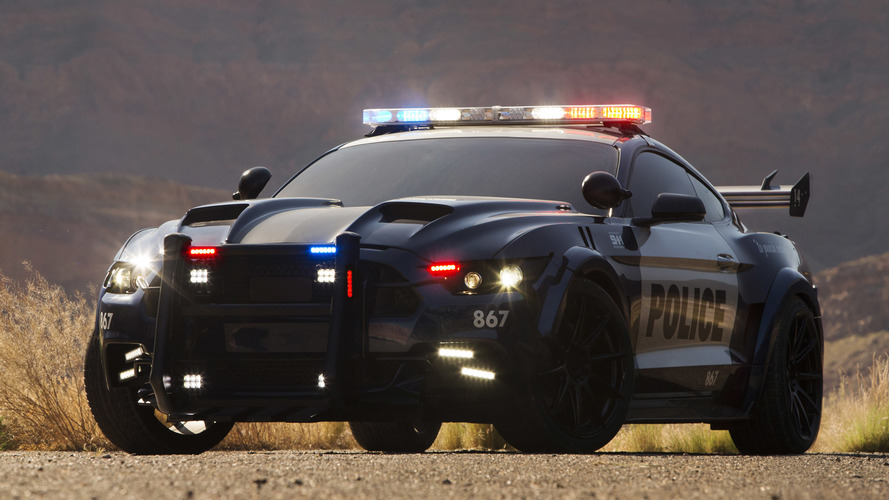 This bad guy doesn't blend in with so many lights

Now that production is underway, director Michael Bay is teasing some of the automotive stars of next summer’s Transformers 5: The Last Knight. The latest iteration of the action franchise continues the long-running pony car war between Chevrolet and Ford. While a heavily modified Camaro plays Bumblebee for the good-guy Autobots, Barricade is an angry-looking Mustang that fights for the evil Decepticons. According’s to Bay’s blog, this police car aims “to punish and enslave.”

Barricade looks like the result of a 12-year-old boy designing his dream police car. The hood has two massive nostrils, and the fenders swell to outlandish proportions. There’s a massive wing on the back, too. Barricade also should grab everyone’s attention thanks to a bevy of lights, including some in the front crash bar. The Transformers movies are never subtle, and designs like Barricade and Bumblebee show that Bay is only making the films more cartoonish as the series progresses.

Transformers 5 will arrive in theaters in the summer of 2017, and the film’s stars will include Mark Wahlberg, Anthony Hopkins, and Josh Duhamel. We’ll look forward to another explosive installment in the franchise, including lots of high-speed action. We hope the robot fights are a little easier to follow, though, because Bay’s rapid edits sometimes make it difficult to follow what’s happening in the heat of combat.