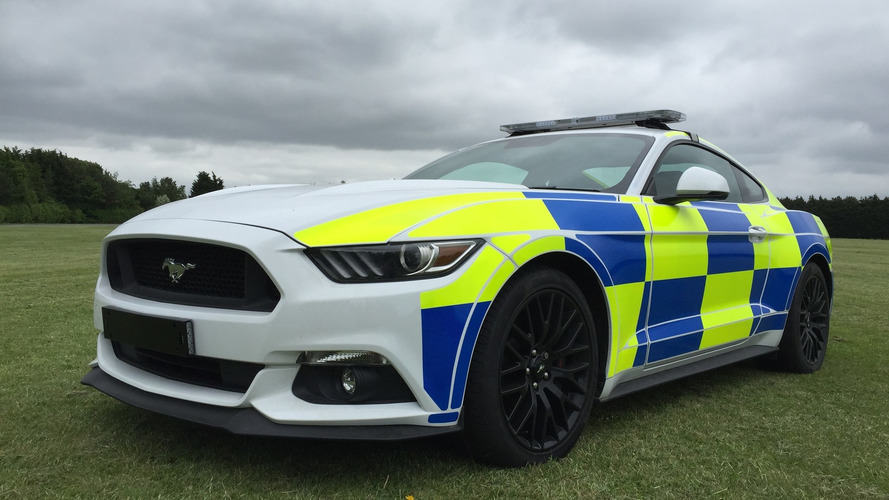 A V8-powered Ford Mustang received a police livery for last week’s National Association of Police Fleet Managers (NAPFM) trade show. However, the car will not perform any police tasks as it will likely end up in the crusher since it’s a pre-production vehicle, according to a Ford spokesman. He went on to specify the Mustang can’t be legally driven on public roads, but it might not be destroyed as efforts are being made to keep it purely as a showcar.

Safeguard SVP was in charge of modifying the Mustang which among others received a 100-watt siren system, a full Battenburg livery, and numerous LED lights from Woodway Engineering.

Interestingly, the Ford spokesman told Motoring Research the British Police forces are already assessing an all-black Mustang and it is believed other pony cars could join the fleet in the near future. U.K. police is already using an assortment of Ford cars, so it would make sense to pick the Mustang if it plans to add some high-performance cars.

The £34,995 Mustang 5.0-liter V8 with its 416 horsepower (306 kilowatts) and 391 pound-feet (530 newton meters) runs to 62 mph (100 kph) in only 4.8 seconds which should prove to be fast enough to catch most bad guys on the run. It’s also cheaper to buy and maintain than many cars providing similar performances, so people paying taxes would probably be ok with the acquisitions.