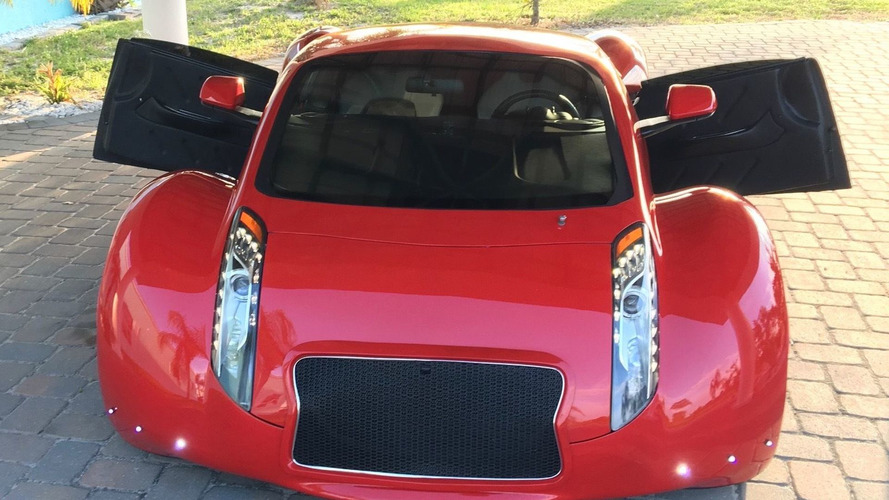 Someone made a Lexus 2054 lookalike from Minority Report. eBay bidders were not impressed by the “2016 Vetter Custom Dimensia.”

Steven Spielberg’s Minority Report came out in 2002, but car guys probably still remember the futuristic Lexus 2054. Someone with more than twenty years of experience in building custom cars decided to create a replica and came up with the so-called “2016 Vetter Custom Dimensia.” Although it doesn’t look exactly like the car from the movie, it’s still a commendable effort. That being said, the $95,000 asking price was just too much which is why the one-off failed to sell on eBay.

According to the listing, the Lexus 2054 replica painted in “Ferrari red” is powered by a six-cylinder Porsche engine that “sounds crazy” thanks to the custom exhaust system. The engine is linked to an automatic transmission sending power to the rear axle, but there are no details about output or the coupe’s performances.

The seller offered one year of warranty for the drivetrain and all custom parts. However, that wasn’t enough to convince someone to fork out roughly the same amount of money Porsche is asking for a brand new 911 Carrera 4. Interestingly, the listing on eBay also mentions the seller was willing to trade his unique “Lexus” for a Chevy Corvette C6 to serve a donor car for his next project, but there weren’t any takers.