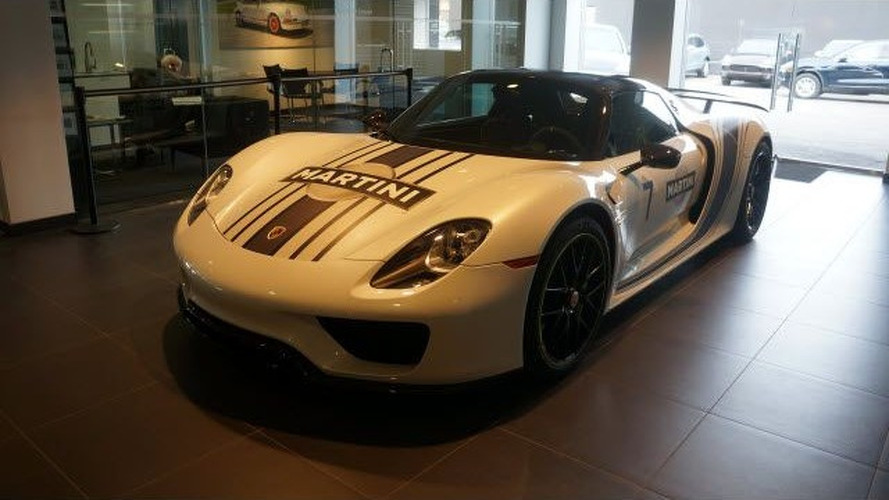 Probably after playing too much Grand Theft Auto, 22-year-old Francisco Gonzalez-Velasquez decided to reenact his virtual shenanigans in the real world. He decided to steal a car, but it was far from being an ordinary model. He swiped a barely used 2015 Porsche 918 Spyder fitted with the optional Weissach package and dressed in a lovely Martini livery.

The car was stolen on an afternoon from Porsche Salt Lake City where the hybrid machine was on sale for a cool $1.69 million. He simply broke the dealership’s front glass, grabbed the keys and hopped inside the limited-run supercar of which only 918 were ever made. His joy ride did not last that long as he was apprehended by the police about six hours later near 300 S. State St which is less than two miles from the dealership.

The 918 Spyder Weissach has returned to Porsche Salt Lake City and is now safe and sound. According to the listing, the 2015 model has covered only 793 miles (1,276 kilometers), but that was before Francisco Gonzalez-Velasquez took it for an impromptu test drive. Hopefully, the Porsche dealer has learned its lesson and from now on will keep the keys in a safer place to avoid losing a car that can lap the Nürburgring in 6 minutes and 57 seconds.