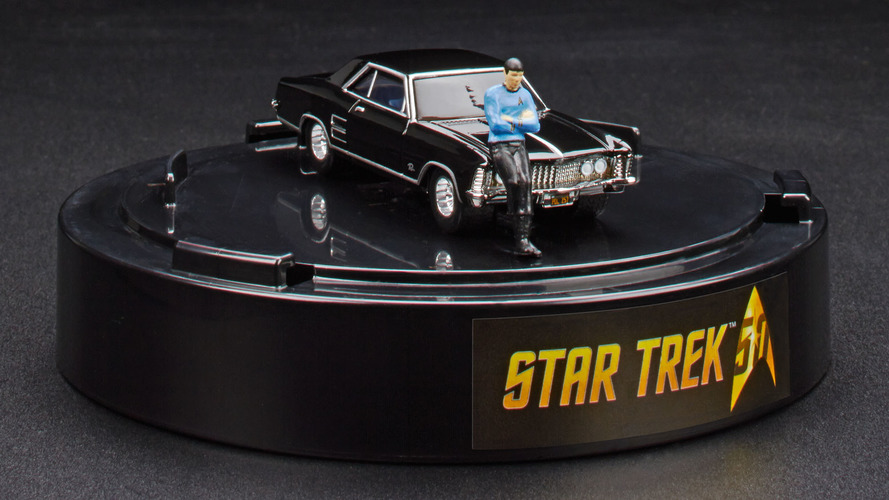 In 2015, the world lost the great Leonard Nimoy. At this year’s San Diego Comic Con, Hot Wheels has an automotive tribute to the actor best known for portraying Spock in Star Trek by creating a scale model of him with his 1964 Buick Riviera. The famous Vulcan looks incredibly cool standing in front of the long, low coupe.

The toy is based on a famous photo of Nimoy leaning against the car on the studio lot. When NBC picked up Star Trek for a series in 1966, the actor celebrated by buying a ’64 Riviera, according to io9. The coupe was a couple years old at that point, but Nimoy in his full Spock costume looked incredibly proud of the new ride in the picture.

You can think of the Riviera as Nimoy’s personal USS Enterprise. With a 7.0-liter V8 under the hood, hitting warp speed certainly wasn’t a problem. The big coupe's handsome lines were easily as stylish as a starship, too.

If you won’t be able to make it to San Diego, California, in time for Comic Con on July 21, Nimoy and his Buick will also be available from the Website MattyCollector.com for $20. For the person who loves both classic cars and Star Trek, this is an opportunity not to pass up.