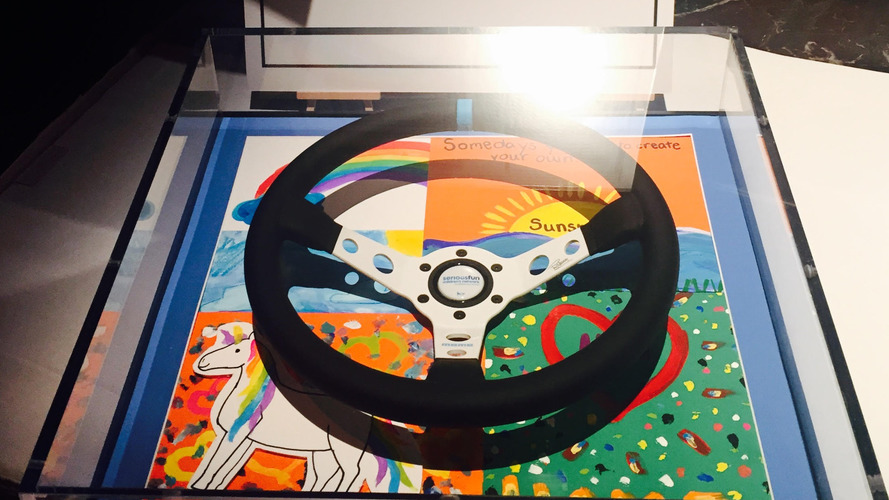 Motorsport.com was there for the event with racer and MOMO owner Henrique Cisneros.

SeriousFun was a concept created by Paul Newman a couple decades ago. He envisioned a place where children living with serious illnesses could just be kids. His idea has grown immensely and has made an impact around the entire world.

Cisneros learned about the organization after meeting board member Emily Bailey Berry, who later introduced him to Clea Newman. She immediately loved the idea of MOMO's proposed involvement.

"I went online, researched the camp and I saw that their mission is to bring joy to kids with serious illness. I was sold just reading that, but I'm not going to be in just writing a check ... I want to get involved," he told Motorsport.com.

"I want to do something different and help them amplify their marketing efforts. That's when I pitched the idea: Paul Newman drove his entire life with a Momo steering wheel. Why don't we do this signature series Newman steering wheel" And all the proceeds go to the camps.

Since Newman utilized their wheels throughout his entire life, the company thought it would be a perfect partnership and the following package was born.

It includes the first of a limited number of SeriousFun MOMO Custom Steering Wheels including Paul Newman’s signature. The steering wheel is displayed in a custom designed case mounted on a background of original artwork by campers at SeriousFun camps. In addition, the package includes a MOMO VIP Race Weekend Experience for two. The winning Bidder and guests will attend a 2017 Pirelli World Challenge race of their choice as a member of the MOMO Motorsport team. That same person will also get to serve as the Grand Marshall for the race and take part in official Starting Grid and Race Start Activities. On top of all that, the winner and guest will receive parade lap rides in the official pace or parade cars, as well as hot laps in one of the MOMO Motorsport team cars.

Along with being signed by Newman, the kids themselves took part in creating the background canvas for the wheel. "We went to the camps and the kids drew the canvas for steering wheels we mounted. The idea is to take this to every camps' gala or annual fundraiser event and have it as an auction piece.

At $30,000, the wheel sold for more than anything else on offer during the auction.

Working with the PWC

Of course, the other side of this is a once-in-a-lifetime VIP race package during the 2017 Pirelli World Challenge season.

Talking about working with PWC CEO Greg Gill, Cisneros said, "We were looking for a way to spice up the package. Jonathan Sieber called Greg and immediately, Greg said whatever you guys need, you got it. He was extremely generous.

"He also donated a 30-second commercial spot, which is fantastic for the organization because they don't buy advertising. The exposure for the camp will be fantastic and they've committed that the announcers during that race will talk about the camp."

Since the organization's inception in 1988, SeriousFun has served nearly half a million children with over 25,000 volunteers stepping up to be part of the cause in 2015.