Apple car could get hollow batteries

Has teamed up with an unknown South Korean company.

Apple’s long-rumored ‘Project Titan’ is back in the news once again as the company that gave us the iPhone has allegedly signed a non-disclosure agreement with a South Korean battery developer. The tie-up between the two companies could be linked to the all-electric car Apple is supposedly working on at the moment.

MacRumors mentions the mysterious company could be Orange Power which currently employs a total of 33 people, with 25 of them in the Research & Development department. The South Korean company already has a patent application for a hollow-type rechargeable battery with cylindrical lithium-ion batteries featuring a hollow center with a thickness of ‘two inches’, if we were to rely on a report coming from ETnews. Based on Orange Power’s patent application (pictured below), batteries can be stacked in series or in parallel without requiring any welding. 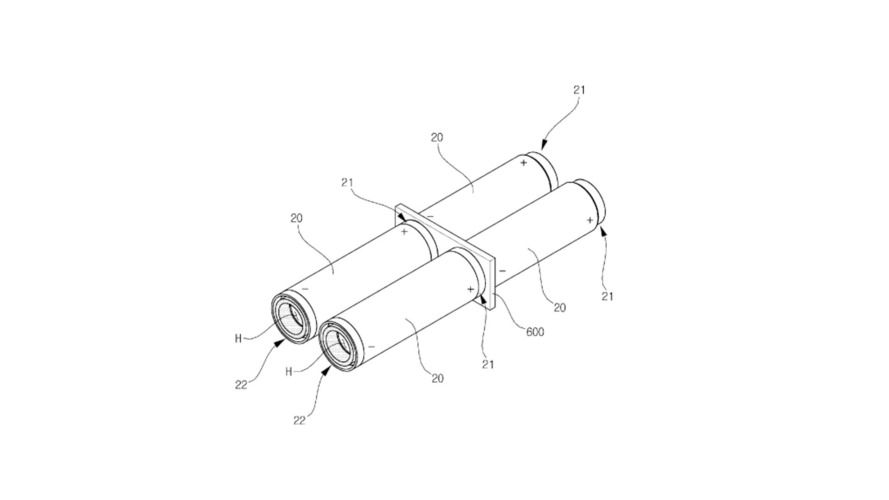 Taking into account batteries generate most of their heat in the center, installing a hollow battery would provide advantages in terms of cooling thanks to the hollow center which would improve airflow. Consequently, a larger and heavier cooling system would not be necessary, thus improving packaging and lowering the car’s weight at the same time. ETNews goes on to specify the hollow-type design also enables a bigger battery capacity which in return increases the car’s electric range.

As for the car itself, the latest gossip indicates Apple wants to set up an R&D center in the San Francisco area to work on the EV which might be built by Magna Steyr. Instead of selling the vehicle to customers, the tech giant could decide to offer it only through a car-sharing program. However, it’s going to be a while until the Apple Car will come out taking into consideration a recent report stipulates the launch has been pushed back until 2021.