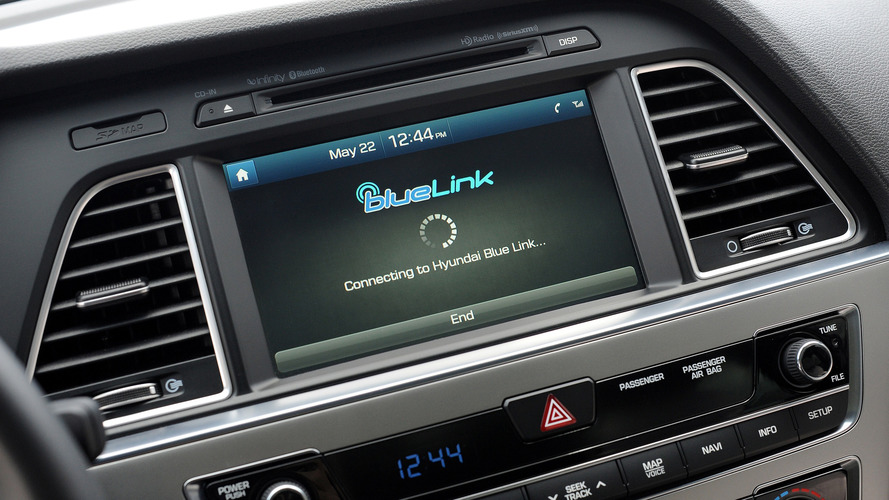 Blue Link app will expand to work with the Alexa virtual assistant.

Hyundai will launch an update to its Blue Link telematics software later this year that lets owners interact with their car via the Amazon Echo virtual assistant. According to Hyundai director of corporate planning Mark Dipko, the functionality will roll out “within the next few months.”

Amazon’s Echo is a microphone/speaker system featuring a Siri-like virtual assistant called Alexa that can answer natural-language questions. It can also sync with other web applications, which is how Hyundai will let Echo users interact with their car. The Hyundai Blue Link smartphone app already lets owners lock or unlock, or remote-start their car, so those functions could easily be connected to Echo, Dipko says.

Initially, Hyundai’s software will focus on straightforward commands like, “Alexa, start my Genesis,” or “Alexa, did I lock my Elantra?” But it’s possible that the Blue Link app could eventually interface with other web-connected technologies, like garage door openers or Nest home thermostats. Dipko imagines, for instance, setting up a geofence so that when you turn onto your street, your Hyundai automatically signals your garage door opener to activate.

The Echo integration could eventually go the other way, allowing drivers to interact with their home devices from their car. A Hyundai driver could hypothetically adjust the thermostat temperature, check they’d locked the front door, or turn on or off lights while behind the wheel.

Hyundai has in-house developers working on much of this connected-car technology, and the automaker has made an effort to stay ahead of the curve. It was the first automaker to launch a Google Glass app, for instance, and later was among the first to launch apps for the Android Wear smartwatch lines. Plus, Hyundai was the first automaker to put the Android Auto infotainment interface into production, and is now developing its own customized version of the software.