Proof that vans don’t necessarily have to be boring.

The year was 1994. Renault was celebrating the tenth anniversary of its Espace. On this occasion, the company with the diamond logo along with Matra decided to celebrate the event by creating a rather spectacular and insane concept. This is how the Espace F1 concept came to life, a van powered by an engine sourced from the 1993 Williams-Renault FW15C Formula 1 car. 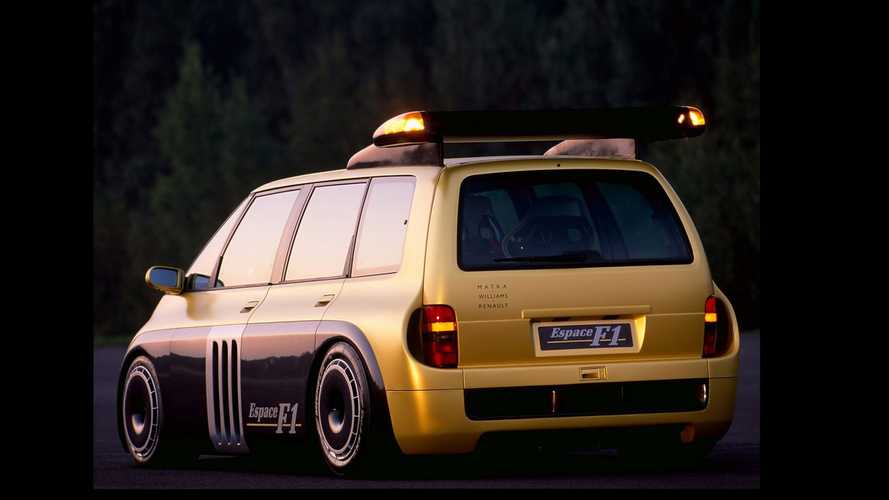 By making the switch to a carbon fiber body, the engineers were able to lower the Espace’s weight to just 1,300 kilograms (2,866 pounds). Even the chassis was made from carbon fiber, but some of the MPV’s original parts were carried over, including the hood, tailgate, roof panel, and glass. The rest of the body was widened to accommodate the Formula 1 engine and create the quickest soccer mom mobile ever.

The interior hosted four individual carbon-clad bucket seats with full harnesses while the V10 engine mounted in the middle of the car provided a sublime soundtrack.

For obvious reasons, the Espace F1 remained strictly a one-off concept as there were not any plans to launch a production version. It’s now a permanent member of the Matra Museum in France and will go down in history as one of Renault’s most spectacular concepts.