The Israel-based startup believes global automakers should be considering interim technologies in the medium term, such as semi-solid batteries.

While solid state batteries promise cost-effective fast and safe charging batteries, as well as high energy densities, StoreDot argues that they remain a work in progress and still face significant challenges before they can be manufactured at scale.

"It's crucial that leading battery developers like StoreDot give global automotive manufacturers a realistic and hype-free roadmap for the introduction of extreme fast-charging battery technologies. Right now, despite some of the bullish claims by our rivals, all-solid-state batteries are still at least 10 years away. They are certainly no silver bullet for any vehicle maker currently developing fast charging electric vehicle architectures."

The executive believes a more practical step is the introduction of semi-solid-state batteries, which StoreDot is targeting for mass production by 2028. Myersdorf says these will be advanced, safe, high performing cells that can achieve 100 miles (161 kilometres) of charge in just three minutes.

Furthermore, they have the additional benefit of requiring a simpler and less challenging manufacturing process than all solid state technologies. Solid state batteries use solid electrolytes instead of the liquid or polymer gel electrolytes found in current technologies such as lithium-ion or lithium polymer batteries.

It is a bit surprising to hear that solid state batteries are still a relatively distant prospect, especially from a company that has promoted this technology intensively in recent years.

StoreDot has attracted investments from Volvo Cars, Polestar, VinFast, and Daimler Trucks so far; its manufacturing partner is EVE Energy. 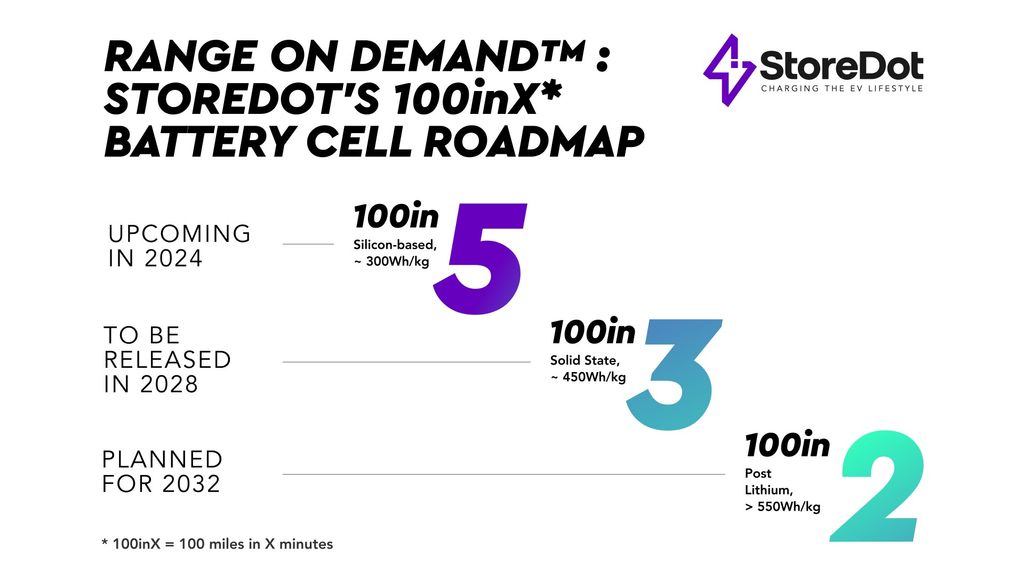