The German manufacturer clearly is recovering from the weaker first part of the year.

The most important thing for us is that Mercedes-Benz's all-electric car sales more than doubled in Q3 to 30,000. That's almost 6% of the total volume.

September was an especially strong month, which brought a new record of 13,100 BEVs, including 3,400 Mercedes-Benz EQBs.

Britta Seeger, Member of the Board of Management of Mercedes-Benz Group AG, responsible for Mercedes-Benz Cars Marketing and Sales said:

“In a challenging business environment – primarily defined by ongoing semiconductor shortages – we continue to see robust demand for Mercedes-Benz resulting in the strongest sales quarter this year. With the EQS SUV and EQE SUV, which celebrates its premiere in Paris on October, 16th, our customers can choose a fully electric vehicle in every segment served by Mercedes-Benz. We offer a choice of eight all-electric Mercedes-Benz models – more than any of our competitors.”

In the first half of the year, some 139,600 plug-in Mercedes-Benz cars were sold:

Mercedes-Benz notes also that its customer can now use more than 850,000 charging points (up 70% year-over-year), included in the Mercedes me Charge service. 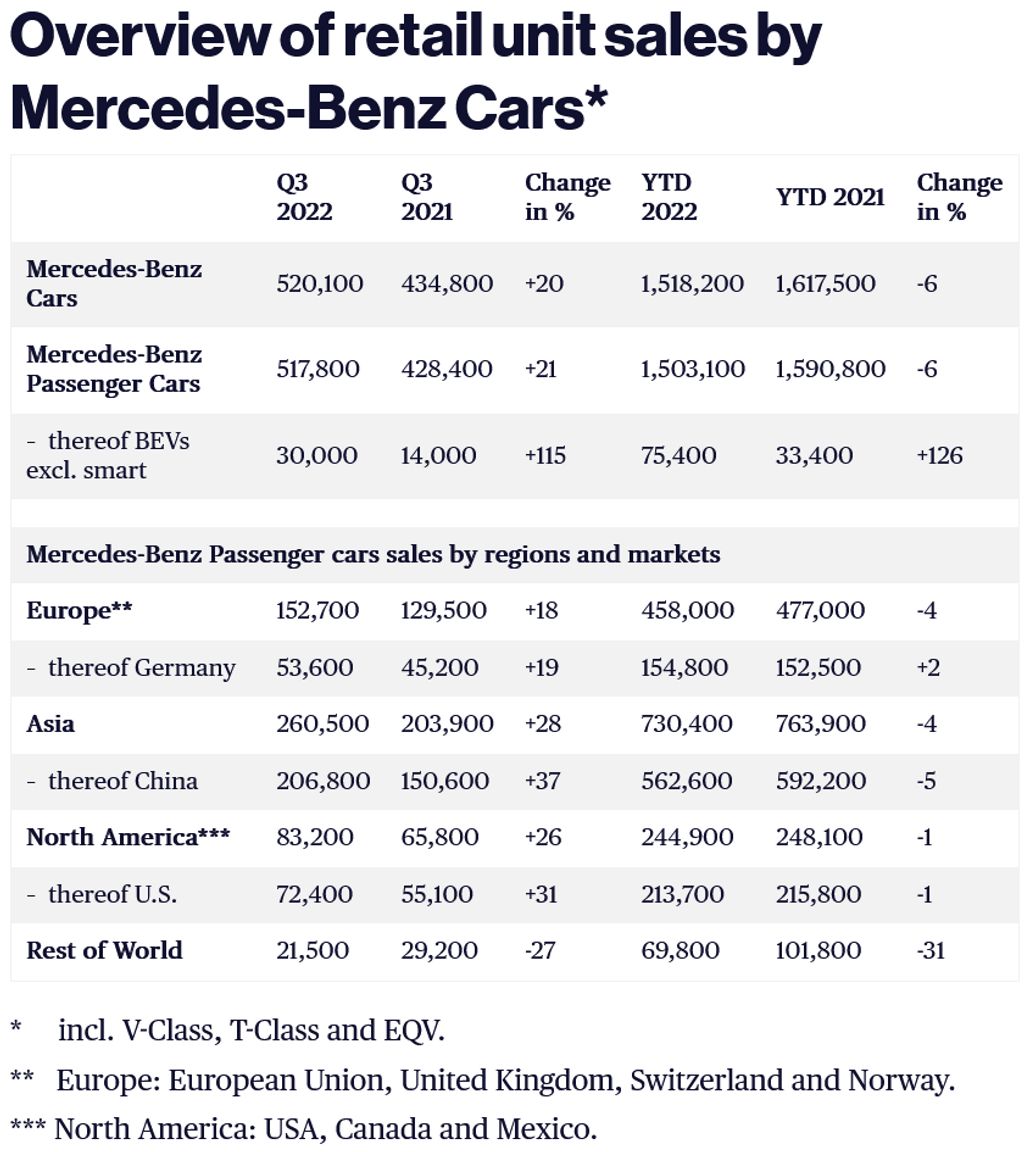