It achieved a "near-perfect" 98 percent result in the Safety Assist category.

Euro NCAP has released results of safety tests of several new models, out of which many noted top 5-star ratings, but the Tesla Model Y "steals the show."

According to the report, the highly anticipated Made-in-Germany (MIG) Tesla Model Y "did not disappoint and shoots to the top of recently published five-star cars."

The biggest achievement for the European Tesla appears to be the near-perfect 98 percent result in the Safety Assist category, which puts to rest the doubts about camera-based safety systems. At the same time, Tesla achieved a 97 percent result in Adult Occupant Protection.

“...congratulations to Tesla for a truly outstanding, record-breaking Model Y rating. Tesla have shown that nothing but the best is good enough for them, and we hope to see them continue to aspire to that goal in the future.”

Well, with such a report, there is nothing else to do but ramp up production. 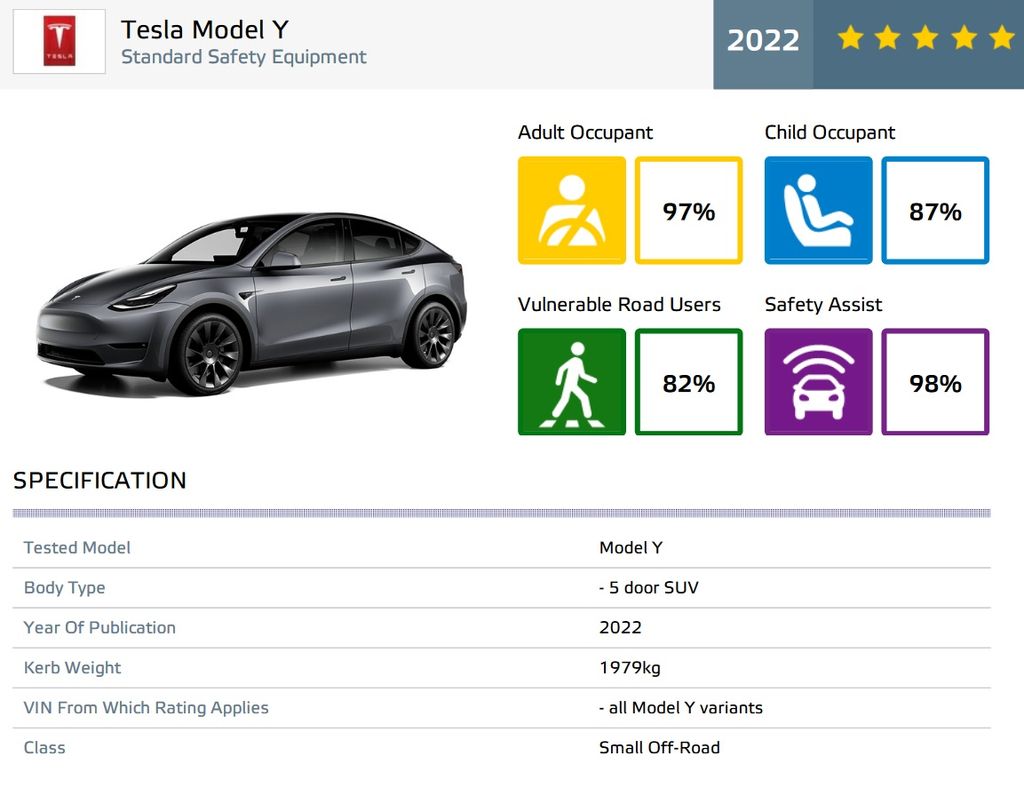