The market situation is very challenging now, in big part due to supply shortages. According to the Society of Motor Manufacturers and Traders (SMMT), even plug-in electric car sales decreased compared to the previous year.

Last month's passenger plug-in electric car registrations amounted to 22,787, which is 0.8% less than a year ago. The market share improved to 18.3%.

As usually, a quick look at the data reveals that all-electric car sales continue to increase (although slower than previously, by 18% year-over-year), while plug-in hybrids are stuck in the red for another month (down 26%). PHEVs are now decreasing even faster than the overall market, while conventional hybrids are up 12%.

Hopefully, plug-ins will return to faster growth once supply constraints will ease, but it might take some time.

Plug-in electric car registrations in the UK – May 2022

So far this year, more than 136,000 new passenger plug-in cars were registered in the UK, reaching an average market share of over 20%. 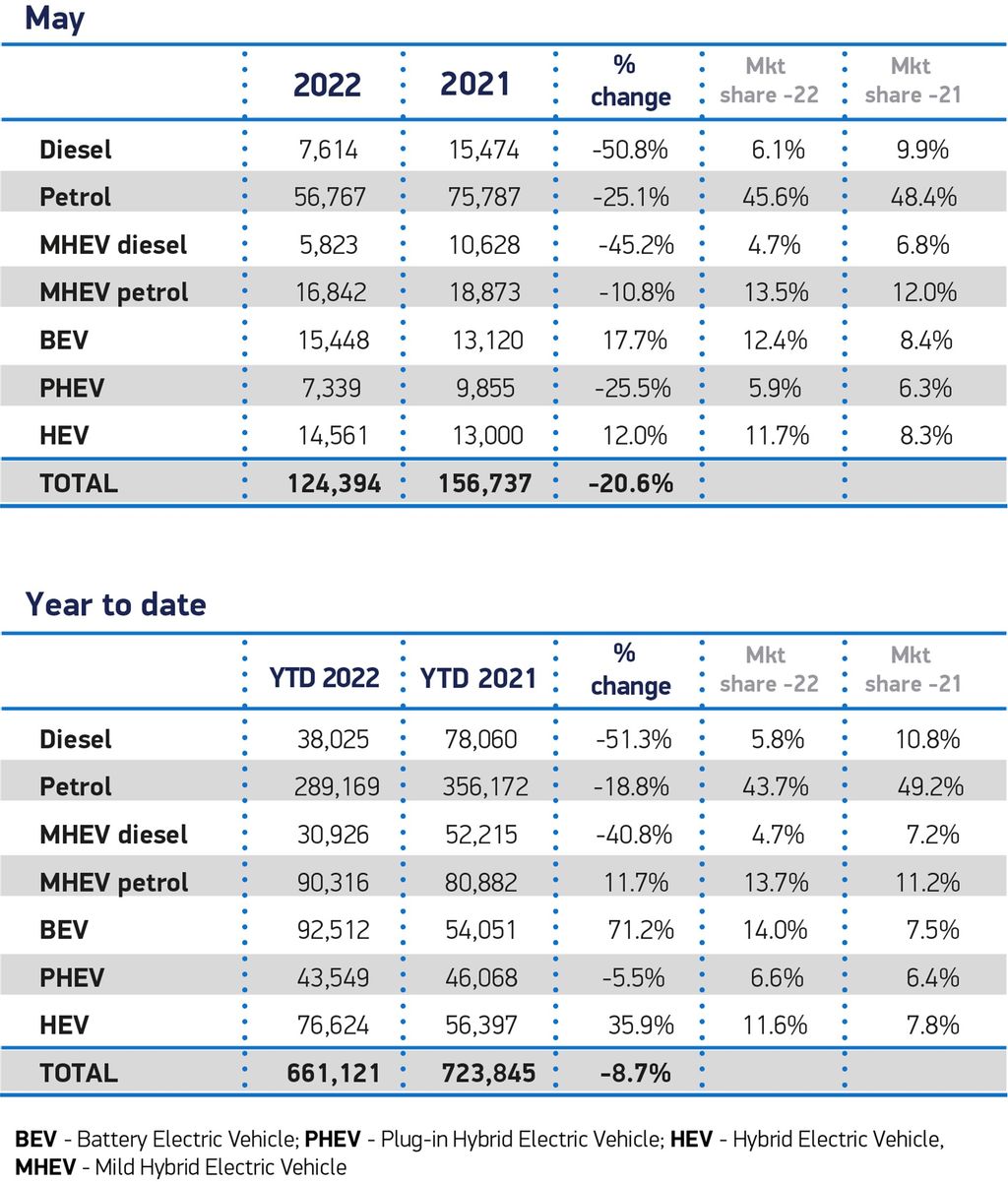 Just like in April, there is no data about plug-in models and it appears that none of the stand-alone plug-in cars were able to enter the top 10, unlike in March, when two EVs were on the top. 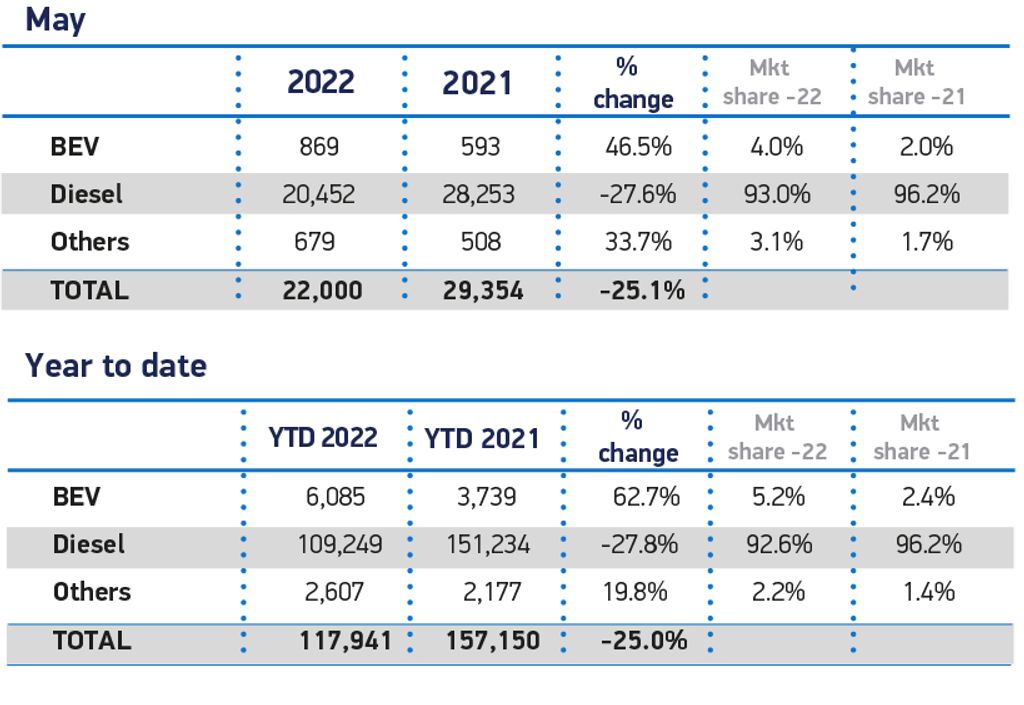