It was the second highest monthly result ever.

According to EV-Volumes data, shared by Jose Pontes, some 851,489 new passenger plug-in electric cars were registered in March, which is 60% more than a year ago. Market share increased to 15%, including 11% for all-electric cars.

It's nice to see that more than one in ten new cars sold globally is already battery-electric. 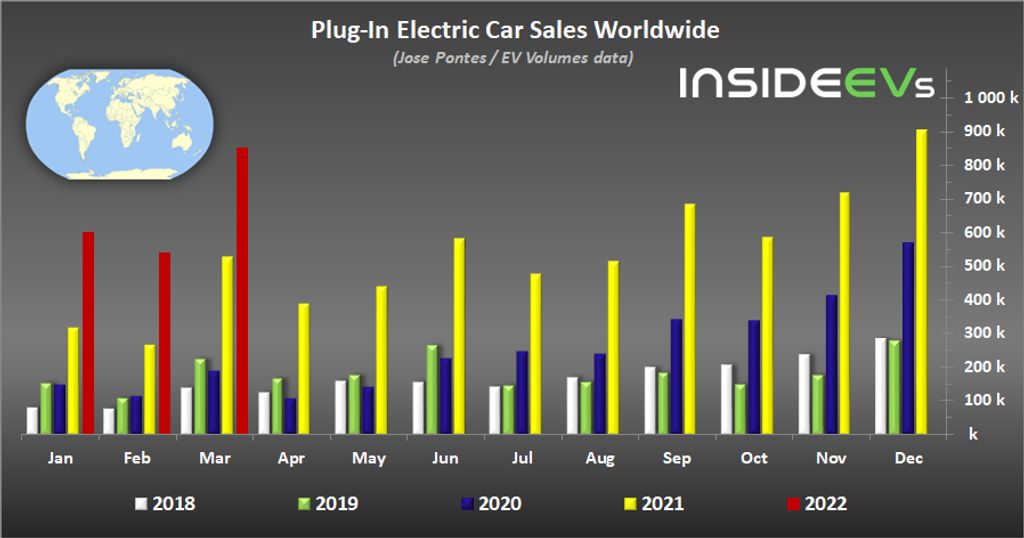 So far this year, more than 1.99 million new passenger plug-in electric cars were registered globally, compared to almost 6.5 million in the twelve months of 2021.

In March, the Tesla Model Y set another monthly sales record for an electric car - 92,221 units, which allowed it to strengthen in the first place year-to-date (169,682 registrations).

The year-to-date numbers reveal two Teslas at the top - Model Y and Model 3, followed by five Chinese models. The third non-Chinese EV in the top 10 is the Volkswagen ID.4, which very likely has a chance to get into the top 5 later this year.

So far this year, no other brand can match the leaders, but we are pretty sure that there will be a lot of changes in the 3-10 positions along the way this year.