Another big quarter for Tesla is in the books.

Tesla just released its Q1 2022 earnings report and the numbers are impressive. Tesla again turned a profit, which makes that ten quarters in a row in which Tesla has reported a profit. And once again, Tesla beat expectations.

The main financial details from the Q1 2022 report are as follows: 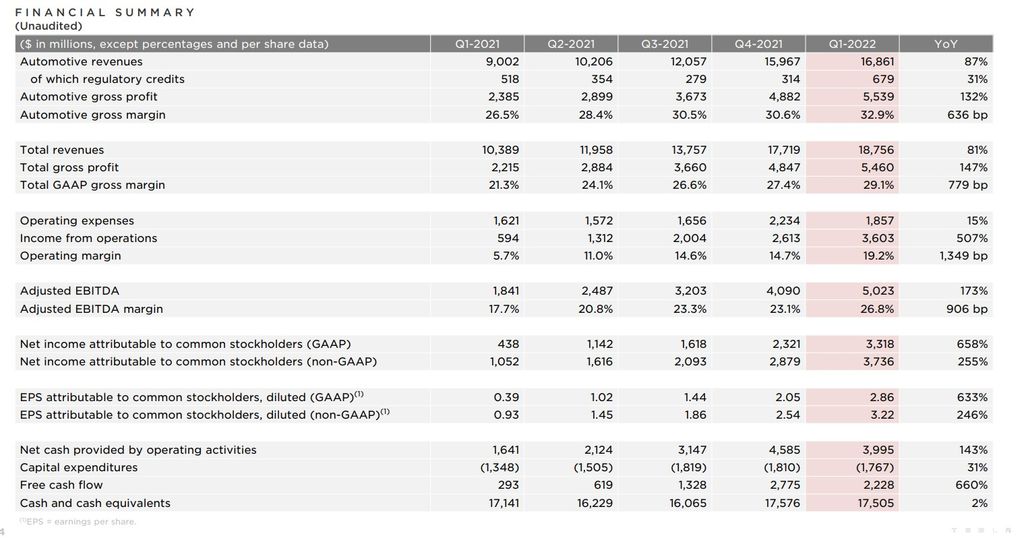 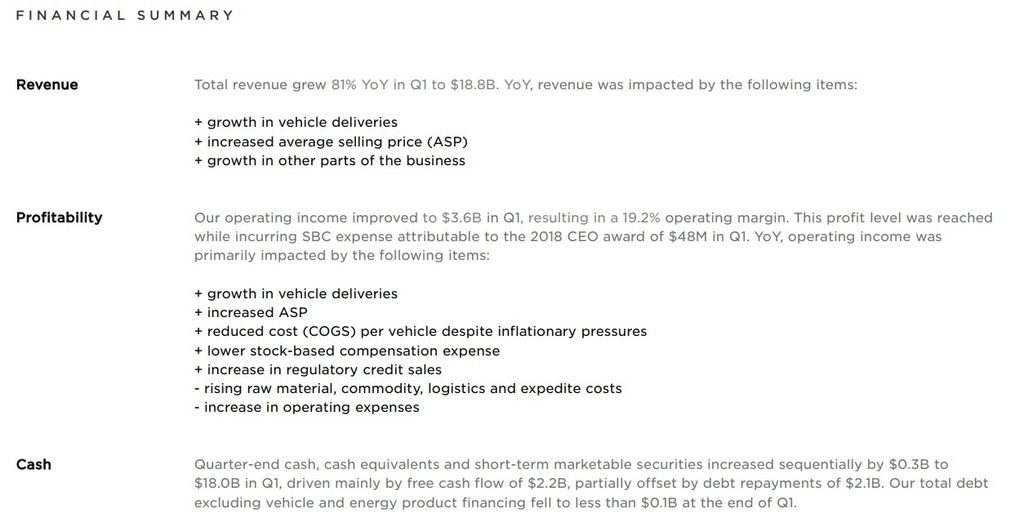 The first quarter of 2022 was another record quarter for Tesla by several measures such as revenues, vehicle deliveries, operating profit and an operating margin of over 19%. Our outstanding recourse debt has fallen below $0.1B at the end of Q1. Public interest in a sustainable future continues to rise, and we remain focused on growing as fast as is reasonably possible

Tesla previously announced that its Q1 2022 global deliveries were 310,048. This includes the Model Y, Model 3, Model S and Model X combined. Tesla beat expectations, which was at around 309,000.

Additionally, Tesla once again set an all-time record for deliveries by beating the previous high mark of 308,600 in Q4 of 2021.