Tesla started volume deliveries of the Model Y, which translated into one of the highest sales results for the month.

In February, new passenger car registrations in the UK increased by 15% year-over-year to 58,994. The growth is noted compared to the locked-down February 2021 but compared to February 2020, the market is down almost 26%.

The Society of Motor Manufacturers and Traders (SMMT) explains that the market is affected by economic uncertainty and supply challenges.

SMMT notes also that February is typically the lowest volume month in the UK, as many buyers delay purchases until the ‘new plate’ month of March.

According to the official data, passenger plug-in electric car registrations more than doubled last month to 15,094 (up 127% year-over-year). That's 25.6% of the total market. Together with 6,883 non-rechargeable hybrids, the xEVs (BEVs, PHEVs, HEVs) stand for about a third of the market.

Especially interesting is that all-electric car sales almost tripled year-over-year, which is almost enough to reach a market share of 18%.

So far this year, more than 38,000 new passenger plug-in cars were registered in the UK, reaching an average market share of almost 20%. 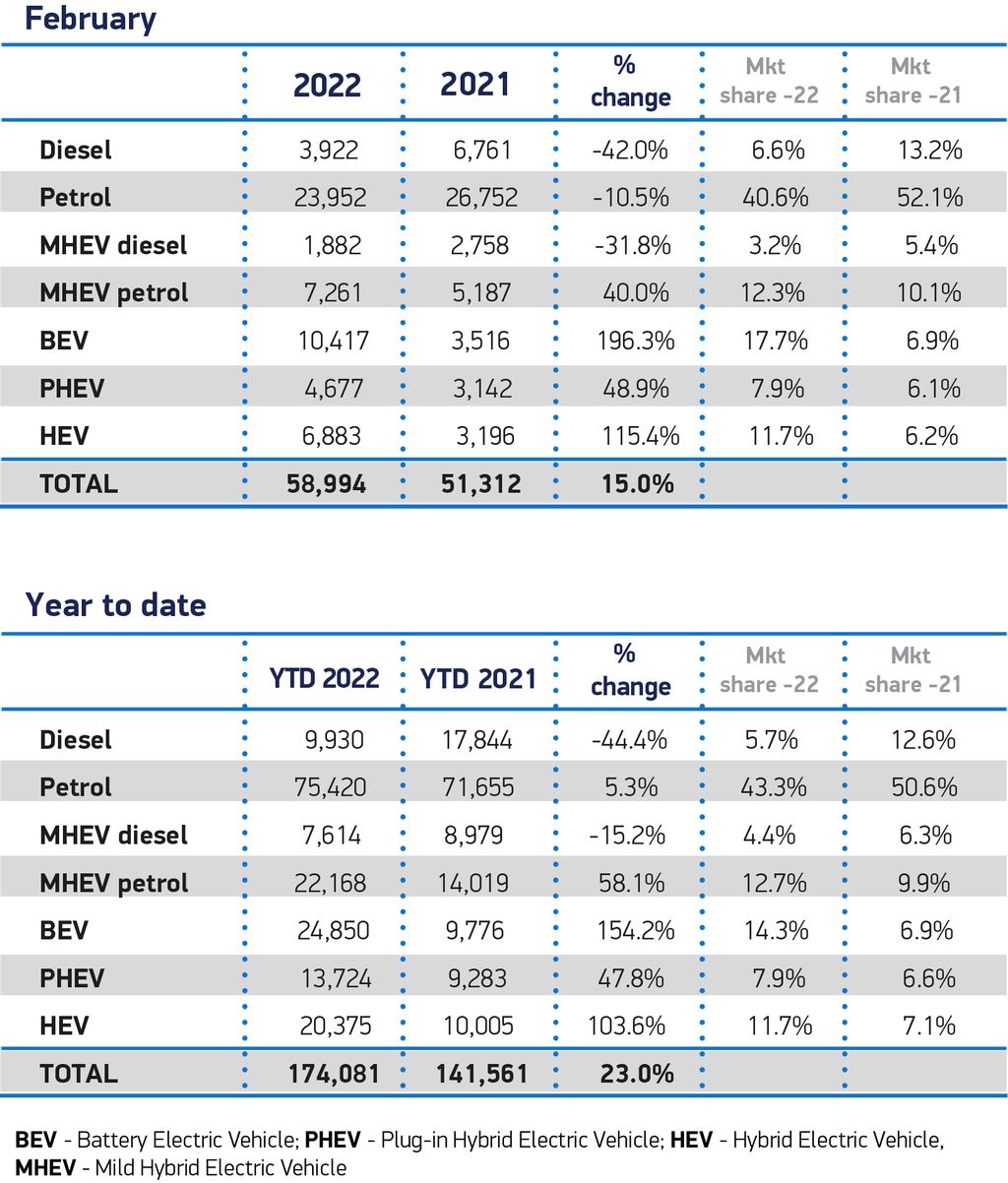 Tesla made a big splash in February, as two of its models managed to enter the top 5 most popular models in terms of the number of new registrations.

Nonetheless, Tesla deliveries are not consistent on a monthly basis (more on a quarterly basis) so there are no Tesla cars in the top 10 year-to-date yet.

An interesting thing is that Peugeot announced that its electric light commercial vehicle sales in the UK already exceeded 1,000 units year-to-date, which makes it the #1 brand in e-LCV segment with over 50% share in February.

"Demand for battery electric vans grew by an exceptional 347.6% in the month with 1,741 units registered, primarily as a result of some significant fleet orders, which positively distorted what is traditionally a low volume month." 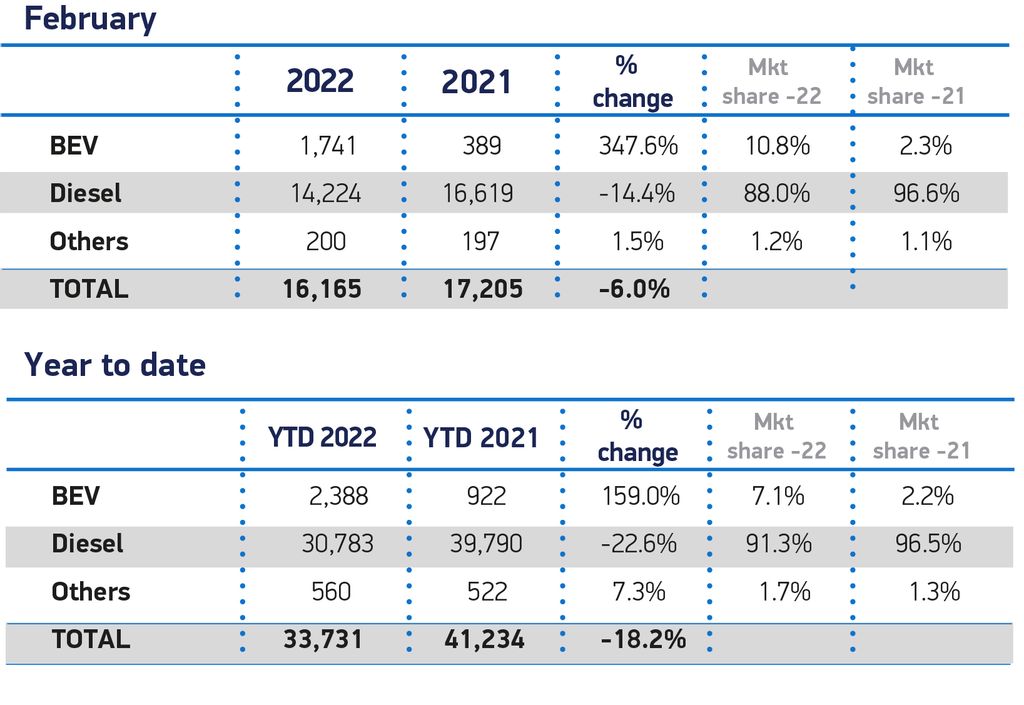