Gran Turismo 7 opening video is a work of digital art

Gran Turismo turns 25 this year too.

The first Gran Turismo was a must in the CD collection for any car nut with a Playsation in the '90s. When the title debuted in 1997, it had about 140 cars and 11 race tracks. It also had one of the best opening cutscenes in '90s racing games, and it ran for about three minutes.

Fast forward 25 years, Gran Turismo 7 continues that tradition of long intros. What is the run time of the opening movie, you ask? It's about eight minutes, making it the longest in the franchise to date. But if you're well into history and cars (obviously), it's worth watching every minute of it. 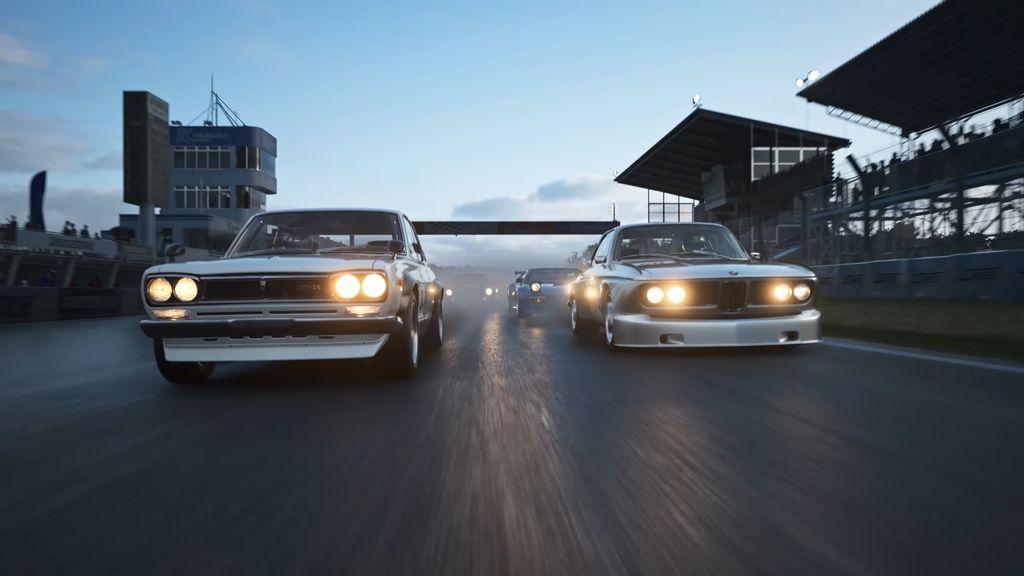 The first half of the video shows the humble beginnings of the car, along with races held in the early 20th century, and some pop-culture figures in the mix. Once you're past that, you're on to the good part of in-game footage. From there, you will see virtual versions of the cars you can use in-game as Polyphony Digital showcases the game's graphics capabilities.

Gran Turismo 7's intro also shows features that return to the franchise. Dynamic time is back, along with weather effects that were removed in Gran Turismo Sport. The time and temperature can also affect the grip levels in different parts of the track. That's something to consider if you plan to run the game's endurance races.

In other racing game news:

As for the car list, there are over 400 to choose from, and all have realistic interiors. The used car market is back, along with buying go-fast parts and a comprehensive tuning menu. It's also worth saying the prices in the game's used car market seem to reflect real life. Gone are the days of purchasing an S13 Nissan Silvia for less than 10,000 in-game credits.

There are other callbacks to the previous games in Gran Turismo 7. The main screen of Simulation Mode resembles Gran Turismo 4, and menu sound effects should sound familiar to those who played Gran Turismo 2 and Gran Turismo 3. Classic tracks such as Trial Mountain and Deep Forest also make a comeback.