Will a diesel be available?

The decline of mid-size saloon sales led several manufacturers to limit sales for select markets or abandon the segment altogether. Volkswagen chose the prior for the current-generation Passat, but the German automaker didn't want to kill off one of its longest-running nameplates, too.

Volkswagen's solution is to discontinue the saloon for most of Europe and continue the car's lineage as an estate. After all, the estate body (known as the Passat Variant) outsells the saloon in the Old Continent by a hefty margin.

Our friends from the spy pic biz recently spotted the next-generation Passat Variant driving around with its production body. The car is wearing false panels for now, but it's not stopping a few publications from rendering it. Kolesa.ru got to work and showed what the redesigned estate might look like with all the false panels off. 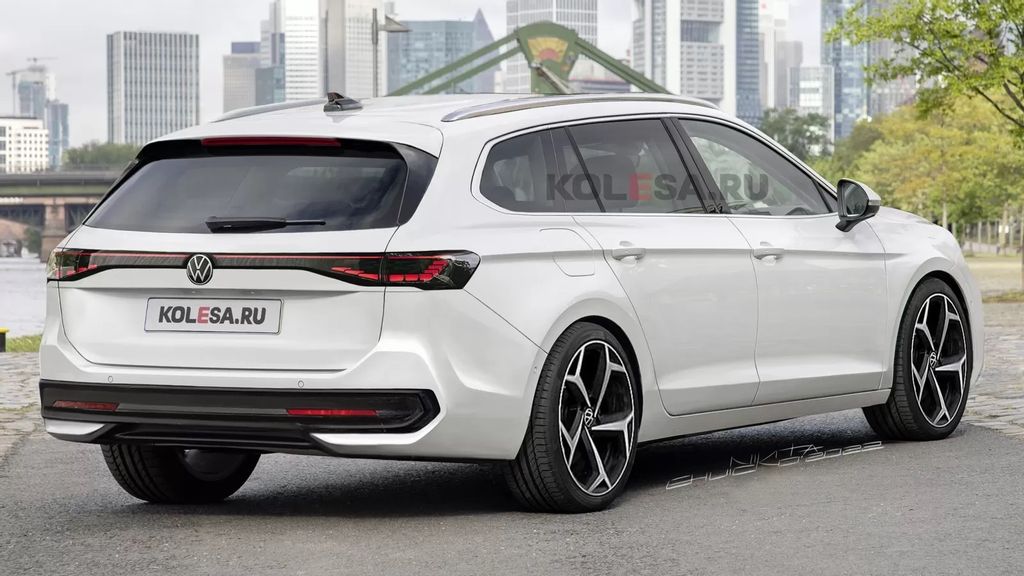 The Russian publication reckons the roadgoing future Passat will have upswept headlights like the Golf. There seem to be elements from the China-only Lamando L, albeit not as extreme-looking. The render also reflects the spy photo car's sleeker roofline and longer windows. As for the rear, there is a good chance it will have full-width taillights, a rakish tailgate, and a wide opening. We're also curious what the lesser models might look like since the render is more like an R-Line model.

For now, the next-generation Passat is in early development. There is little information about its powertrain options, but we reckon a range of mild-hybrid petrol, plug-in hybrids, and perhaps a diesel for European markets. A wide portfolio of grades and trim levels can be expected, though the changes of seeing a Passat R doesn't seem very high at the moment.