Tesla recall announced for FSD not stopping at stop signs

It will be remedied via an over-the-air update, but it has not been confirmed when.

The issue that Tesla vehicles running Full Self-Driving Beta are not stopping at stop signs is already well documented, although there doesn’t seem to be a consensus among owners as to how frequently it happens - some say it happens all the time, while others say they never experienced it. Now the National Highway Traffic Safety Administration in the US has announced a recall specifically concerning this issue.

Tesla is now recalling 53,820 vehicles because of this, although they are not actually going to be brought into a service centre. The fix for this issue will be sent to all affected vehicles via an over-the-air-update, although we don’t know when this will take place. 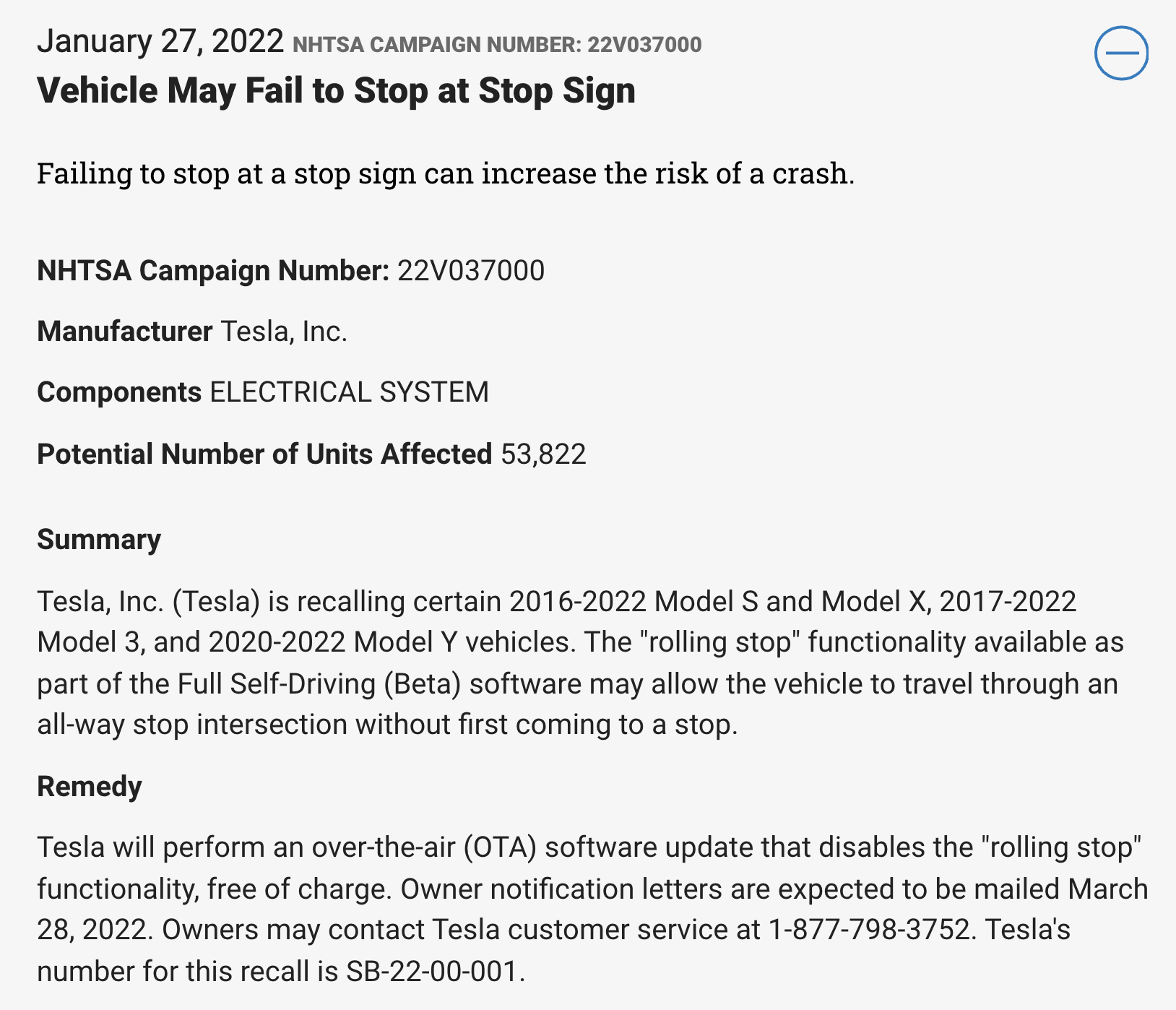 The issue seems to have really become noticeable with the latest FSD updates, versions 10.7, 10.8 and 10.9. It has been speculated that it may have appeared as a result of Tesla changing the regenerative braking setting, increasing it so that the vehicle can come to a complete stop without friction brakes on FSD.

The manufacturer also introduced driving modes for FSD: Chill, Average and Assertive, and in the last two, it specifically states that the vehicle may perform a rolling stop at a stop sign. Only in Chill mode will it always stop rolling at a stop sign, so it may not be the aforementioned issue with the regen setting and it may simply be by design. 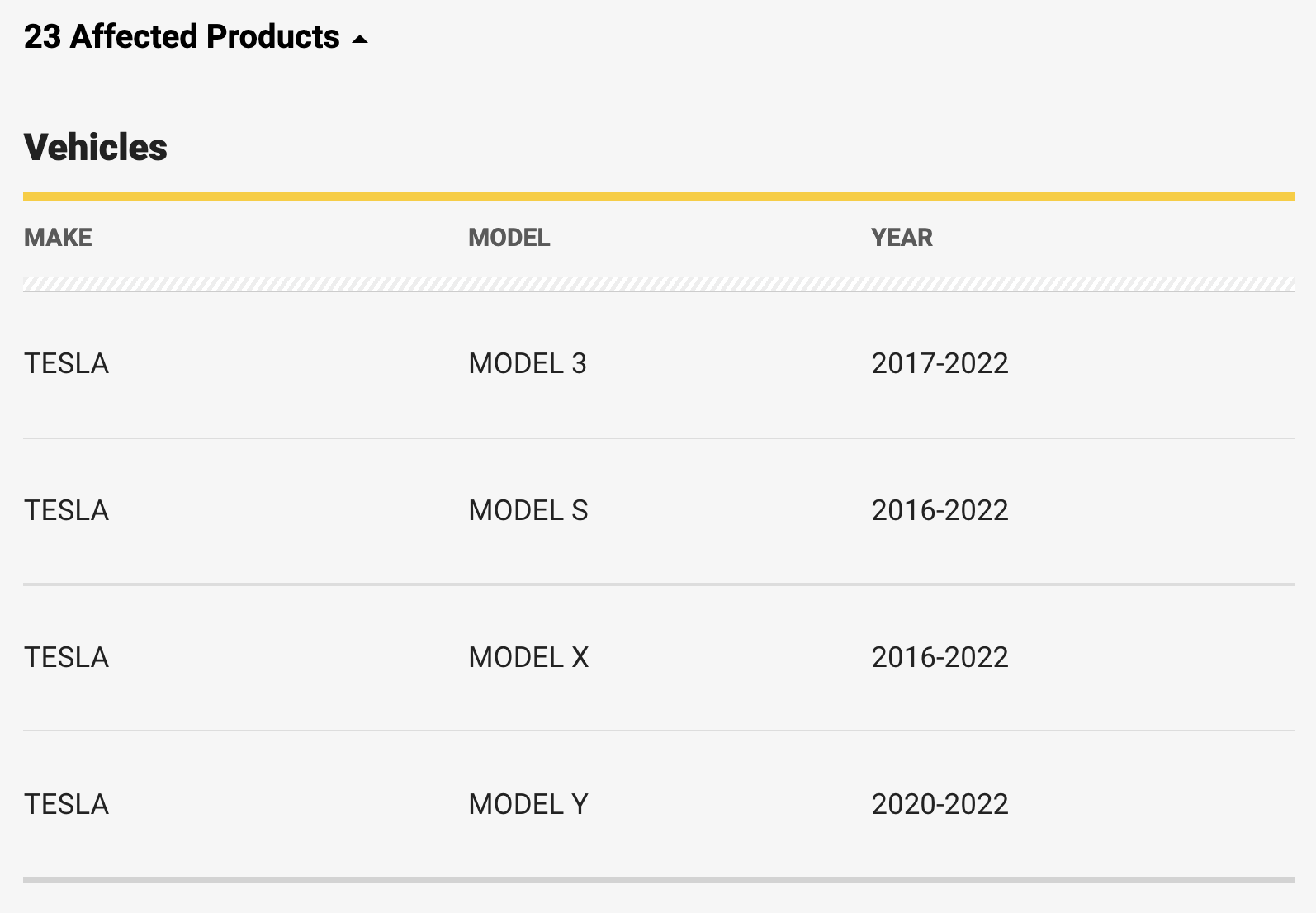 Tesla will most likely change the definitions of these modes when it releases the update that fixes this issue, and we’re pretty sure it will view this matter of making the vehicle obey this stop sign rule more strictly. If the manufacturer wants to leave that option in there - to allow the vehicle to do rolling stops on its own - then it will have to ask the driver to agree to some kind of disclaimer every time it’s enabled.

If you’re running FSD Beta in your Tesla, let us know in the comments what your experience was with the new modes, as well as with this issue of rolling stops.

⠀ Musk says FSD will be safer than human drivers by end of 2022
NYT ad claims Tesla FSD Beta would kill millions if it drove every car
By: Andrei Nedelea
Published by: Brian Potter
++
++