Take a look at the Civic Type R from every angle.

The latest teaser video for the new Honda Civic Type R shows the upcoming performance vehicle's development at the Suzuka Circuit in Japan. The model is also on display at the 2022 Tokyo Auto Salon, but there's no indication that the automaker is actually revealing anything new about the much-anticipated machine.

Thematically, the video tries to show how seriously Honda is taking the new Civic Type R's development. In the brief clip, the automaker shows the car doing circuits around the course, and then returning to the garage for fresh tyres and other tweaks. Then, the driver heads back onto the track for more testing. By the end, it's night, and the team is still at work.

Unfortunately, the video doesn't show anything especially new about Civic Type R. There are lots of closeups of the car, but it continues to wear a red, black, and white camouflage pattern that includes silhouettes of the vehicle. Details include the R logo for the badge in the centre of the grille and Brembo brake callipers.

What to expect from the Civic Type R: 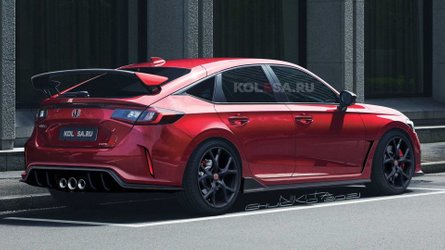 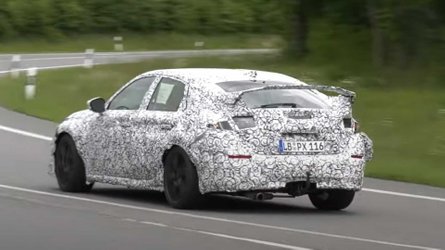 While we are fairly certain that a 2.0-litre turbocharged four-cylinder is still under the bonnet, the engine's output remains a mystery. The version in the existing Civic Type R has 306 bhp (228 kW), and the rumour is that this one has more than that. Some speculation puts the figure at 400 bhp (298 kW), but that seems too high to be believable to us.

A six-speed manual is allegedly the only gearbox option.

At several points in this video, the current-gen Civic Type R is visible in the background. Its presence suggests the development team wants to be certain that the new model is better than the previous one around Suzuka.

A debut date for the new Civic Type R is still a mystery. We anticipate a full premiere within the first half of 2022.