With a Solterra STI Concept in tow, it's a new era for Subaru Tecnica International.

Headlining the Subaru's booth this year is the Subaru STI E-RA Concept. It's part of the company's STI E-RA Challenge Project, a near-future STI motorsport study. It aims to gain "experience and training of new technologies in the world of motorsports in this carbon-neutral era."

Powering the STI E-RA Concept are four high-torque motors – one motor positioned near each of the four wheels – enabling Subaru to employ a four-wheel torque vectoring technology. These motors were developed and supplied by Yamaha, with a total power output of 1,073 bhp (800 kilowatts) drawing juice from a 60 kWH lithium-ion battery. Subaru sees this as the best direction to work in as the all-wheel-drive system is part of the regulations for future motorsport (FIA E-GT).

In addition, we'll see the STI E-RA at the Nurburgring from 2023 onward, with a goal to set a lap time of 6 minutes 40 seconds.

Standing side-by-side with the STI E-RA Concept is the Solterra STI Concept, based on the all-electric Solterra SUV that made its debut in Japan in November 2021.

There seem to be no additional performance bits added to the Solterra STI Concept; only aesthetic enhancements. The upgrades include a roof spoiler, cherry-red under spoilers, and other special parts on its exterior. 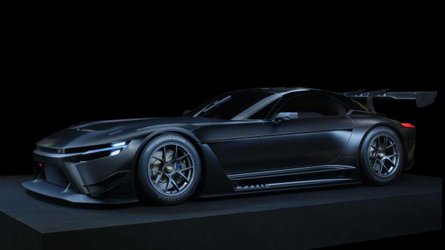 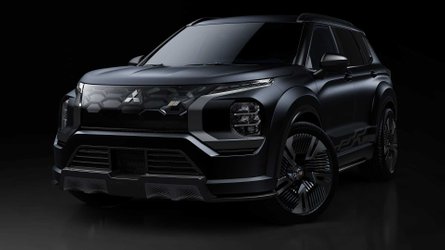