Six sprint races are planned in 2022.

McLaren remains “adamantly opposed” to raising Formula 1’s budget cap amid talks between teams over allowances for the six planned sprint races in 2022.

F1 debuted its new sprint race weekend format at three events in 2021, holding 100km races on Saturdays that offered points to the top three and set the grid for the race on Sunday.

The trial of the format last year has led to plans being formulated to expand it to six events next year following talks in Saudi Arabia last month. The season-opener in Bahrain has been earmarked to host the first sprint of the year, potentially using its outer loop configuration.

Changes to the number of points-paying positions, the classification of ‘pole position’ and whether it sets the grid for Sunday’s race were also discussed.

Although teams were supportive of continuing and expanding the sprint format for this year, there was a lack of consensus over extra income for crash allowance that was permitted last year being replaced by set fee, and how this would fit in with the budget cap.

McLaren Racing CEO Brown felt encouraged that sprint races had “a very positive impact on viewing figures”, and that while format tweaks had to be discussed, the team was firm in its opposition to it raising the cost cap.

“Some want to take the opportunity to raise the cost cap, a few of the teams,” Brown said. “We’re adamantly opposed to raising the cost cap on anything. So we’re going to need to work through that issue.”

But Brown said that “a couple of teams” were looking to raise the budget cap “by a ridiculous number” for 2022 despite the limited number of first-lap incidents.

“And yet a couple of the teams still want to take the opportunity to raise the budget by a ridiculous number, by almost, ‘well, what if I write off a car every race?’ From what I’ve seen, I saw more crashes in practice than I have in the sprint races.

“It might be new to some teams to actually have to manage a budget, but I think that’s in the spirit of the sport, so you can certainly match the revenue to the expense and resolve that.

“But I think the revenue will grow over time, and I think we need to be very careful to be fiscally sustainable, that certain teams take the opportunity to try and raise that all the time. We need to resist that.” 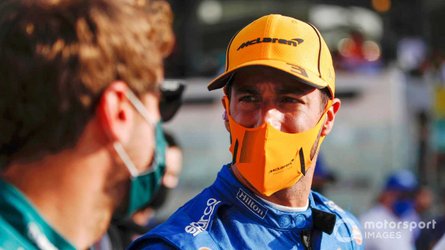 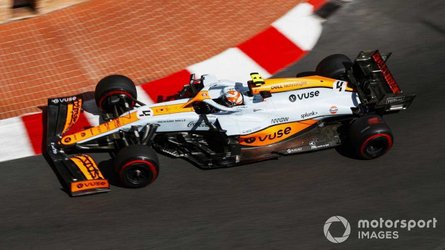