This outlandish Orochi will be on display at the Tokyo Auto Salon.

Even with production ending in 2014, the Mitsuoka Orochi remains one of the weirdest looking cars in recent memory from an automaker anywhere in the world. Sphere Light, a Japanese maker of aftermarket headlight builds, plans to display a wild-looking example of this odd sports coupe wearing a widebody kit from Liberty Walk at this year's Tokyo Auto Salon.

Compared to a standard Orochi, the Liberty Walk body kit adds a front splitter beneath the inlet in the bumper. Big wheel arch flares add width to the flanks of the low-slung vehicle, and there are side sills that run to the broader pieces at the rear axle. A massive wing attaches to the bumper, and a pair of dual, black pipes replace the original single pipe on each side.

This Orochi has a racing-inspired colour scheme that's white in front and has a yellow, lightning-bolt-shaped stripe that runs over the sides and rear of the body. There are lots of decals for various brands all over the exterior. The wheels are black with Y-shaped spokes.

The headlights use Sphere Light's bulbs to promote the company's products.

There are no images of the cabin, yet. From the factory, the Orochi has a pair of bolstered sport seats. The driver grips a three-spoke steering wheel and looks at large, analogue dials. The centre stack is fairly basic with a pair of vents on top, a small radio display, a pair of dials, and a larger screen. 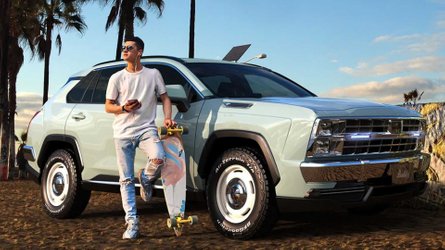 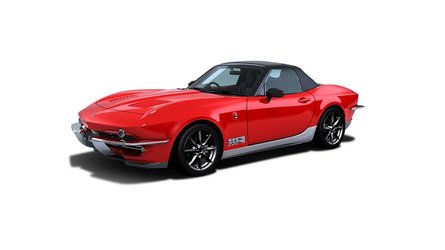 There's no indication of this Orochi featuring any powertrain tweaks. The original powertrain for the model is Toyota's 3MZ-FE 3.3-litre V6 that's from early-2000s models like the Sienna minivan, Camry, Lexus RX 330, and many others. The mid-mounted mill makes 231 bhp (172 kilowatts) and 242 pound-feet (328 Newton-metres) of torque. A five-speed automatic powering the rear wheels was the only transmission choice in the Mitsuoka.

The boutique, Japanese automaker first showed the Orochi as a concept at the 2001 Tokyo Motor Show. The production version launched in 2006.