Daniel Ricciardo opens up about its impact on him.

Daniel Ricciardo believes human emotions such as homesickness are often overlooked in Formula 1 after opening up about its impact on his early 2021 struggles.

Ricciardo endured a difficult first half to the 2021 season after joining McLaren, as Lando Norris scored more than twice as many points than his more seasoned teammate before the summer break.

Ricciardo has since labelled his first half of the year as being "nearly laughable" before he bounced back with a dominant victory in the Italian Grand Prix at Monza, McLaren's first since 2012.

One of the challenges Ricciardo faced was not being able to see his family and friends back at home in Australia due to the country's strict travel restrictions due to the COVID-19 pandemic.

Ricciardo revealed ahead of the final race of the season that he would be returning to Australia over the winter even if he had to quarantine and "stare at a hotel room ceiling for two weeks", having not seen his parents since June 2020.

Reflecting on his season in an end-of-year interview including Motorsport.com, Ricciardo explained how the inability to see family or friends from Australia made it "probably the first time I've ever been homesick".

"Homesick sounds dramatic, but I definitely missed family and stuff," Ricciardo said. "We've normally had the quite fortunate [option] to, if I wanted mum and dad here, I'd say, 'guys, I'm gonna buy your plane ticket, jump on a plane and come.'

"So the ability not to be able to do that as well kind of made it also quite frustrating, because it's out of our control."

Asked if he thought that human element facing F1 drivers was overlooked at times, Ricciardo said: "Yeah, it does. I think with anyone in the spotlight or anyone on TV, sometimes to the outside they are not seen as like real people.

"It's like, if you're an actor, oh, that's Brad Pitt. He's superman. He could do anything or whatever. Like he doesn't get sad or emotional, whatever.

"But as you know, you guys would feel it, we travel so much you do you do miss loved ones. So having that kind of times 10 is tricky.

"I wouldn't say it affects me in the act of driving. But particularly when maybe it doesn't go well, then it definitely has an effect because all you want is some of that support, and family love.

"And also when it doesn't go well, you can also feel very lonely.

Ricciardo was reluctant to pin his tough start to last year on missing his family, but he said it "made the situation a bit more tricky" as he sought to be in the best possible headspace.

"With anything, to perform well, you also need to be in a good headspace," Ricciardo said.

"Therefore your outside life needs to be going well, your relationships, it kind of all reflects on to your training, your energy, your mood. 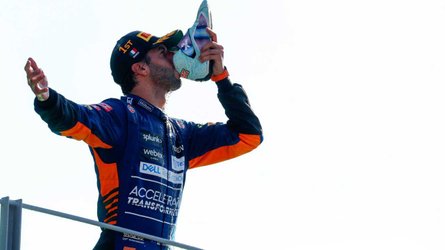 Ricciardo 'wanted to make a statement' with Monza F1 victory 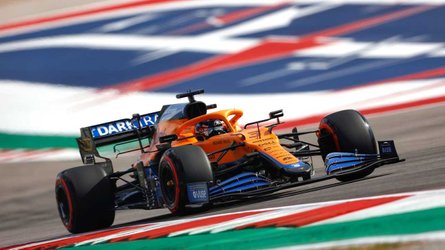 "I'm used to not having [family] around, but again, not having that for so long, and missing things and even my friends back home, not having them to even switch off with, get away for a weekend, or let's go wherever, let's just get away and not think about F1 - I also didn't have that escape.

"That made the grind of the first half of the year just more taxing. So yeah, I think it was harder for me to be like pumping with energy and positiveness and all that sort of stuff.

"I still found a way to, but I had to work a lot harder for it. And that I think was taxing in itself."