Ignore the purists, though, because the build looks great.

The Subaru WRX and Mitsubishi Lancer Evolution were among the most important performance cars of the early 2000s by popularising rally-inspired machines among enthusiasts. This bespoke creation that grafts a Lancer Evolution 9's nose onto a 2005 Subaru WRX is probably going to annoy a few of the models' hardcore fans. However, the result is an automotive Frankenstein's monster that looks really brilliant.

"I wanted to make a car with a different front end that no one’s done before on this specific generation. Aka the biggest rivalry. So I initially bought the Evo front end first before the actual Subaru car itself," the builder named Jonah goes by shoodbgood on social media told Motor1.com.

Shoodbgood does an impressive job of being an automotive plastic surgeon and making the Evo 9 nose look like it's supposed to be on the WRX. He tells us the body lines actually line up fairly closely, but lots of cutting, welding, and bodywork is still necessary to make everything fit together. You could probably show this creation to someone unfamiliar with this generation of these models, and the person might think this is the factory styling.

The body also has a full wrap. Shoodbgood says in a video that it's Mazda's Soul Red.

The WRX engine is underneath the bonnet. The mods to the powerplant include a td06 20g turbo downpipe, 1,000-cc fuel injectors, and an HKS blow-off valve. It's riding on a set of BC coilovers.

Here are some other weird vehicle nuilds: 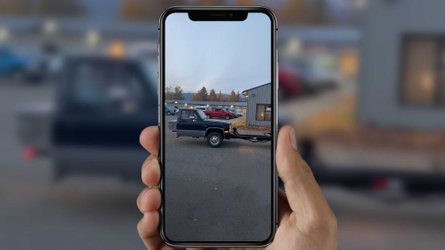 Bizarre pickup truck has bare frame in front, cab in back
⠀ 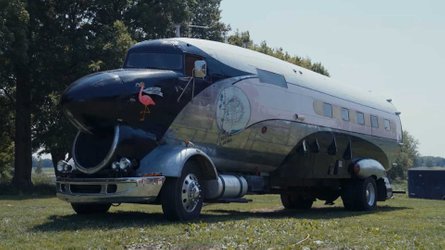 Meet the fabulous Flamingo, a motorhome made from an abandoned aircraft

In the video where he picks up the WRX, he mentions adding some overfenders to the vehicle. With the Evo's boxy flares already at the front, something at the back would help balance the appearance.

Doing front-end swaps is this guy's hobby. He also owns a Nissan 350Z with an Infiniti G37 nose, an Infiniti G saloon with a 350Z face, and a 370Z snout on a G37 four-door. Now, he's branching out for this Mitsubishi-Subaru mashup.