The Rifter and Traveller models are now solely available in electric form.

Peugeot’s van-based MPV range has gone all-electric after the brand announced it was killing off petrol and diesel people-carriers. Already available in electric guises, the Rifter and Traveller models will no longer be available with internal combustion engines, as Peugeot is “accelerating” its move to electrification.

The French brand says the e-Rifter and e-Traveller models already “cater to the needs of businesses and fleets, as well as private buyers”, and claims the move will “meet growing customer demand for electric vehicles”. The change is effective immediately, and comes after the UK saw its largest-ever year-on-year increase in electric vehicle registrations.

Last year, figures from the Society of Motor Manufacturers and Traders (SMMT) showed fully electric vehicles accounted for more than one in nine new cars sold, representing a 76-percent increase on 2020. In fact, electric cars proved more popular than hybrid and plug-in hybrid vehicles, although diesel still accounted for more of the market.

“Peugeot is committed to electrification, with a goal of offering a fully electric variant across our entire model line-up by 2024,” said Julie David, the brand’s managing director. “Already we offer a fully electric van across our entire LCV portfolio, so with our award-winning MPV range now exclusively available as electric vehicles, we’re catering for the growing demand for zero-tailpipe emissions vehicles.”

The e-Rifter can be specified in five- or seven-seat formats, but both come with a 134 bhp electric motor and a 50 kWh battery pack. According to the official economy test, that means the vehicle is capable of up to 172 miles on a single charge, while 100 kW charging means the battery can be filled from empty to 80 percent in 30 minutes from a suitable charger.

Five-seat versions of the e-Rifter are offered in a choice of two trims – Allure Premium and GT – while the seven-seat version is only offered in Allure Premium guise. Both come with 16-inch alloy wheels, a reversing camera and an eight-inch touchscreen infotainment system, but the GT adds front parking sensors and keyless entry. Prices start at £32,910. 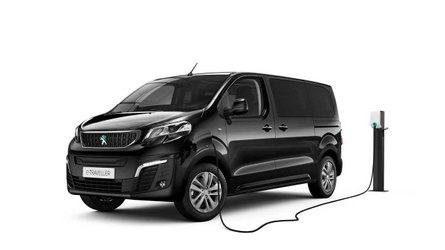 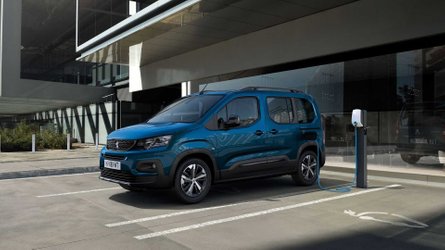 The e-Traveller is also available in a choice of lengths, although both the Standard and Long models are capable of carrying up to eight people. However, the Long models come with a bigger boot for increased practicality.

As standard, the e-Traveller comes with the same 50 kWh battery pack and 134 bhp motor as the e-Rifter, but the extra weight means it has less range. Officially, the vehicle can manage up to 148 miles on a single charge, but it has the same 100 kW charging capability as the e-Rifter, meaning a 0-80-percent charge can take 30 minutes.

Like the e-Rifter, there’s a choice of trim levels. Standard variants can be specified in Active or Allure guise, while Long variants are available exclusively in Allure trim. Prices start at £49,100.