Japan's bubble era produced some of the most iconic cars out there. It was also a time when Japanese automakers set their ambitions high by rocking the Western establishment. Just take a look at Lexus and the R32 Skyline GT-R.

Unfortunately, Japan's economy came crashing down in the early '90s and was made worse by the Asian Economic Crisis. It also forced Japanese automakers to tighten their belts and cancel plans. Mazda was among those affected.

Most people might know about Amati, Mazda's failed attempt at the luxury market. However, there is another division that Mazda had to kill off. Unlike Amati, it saw the light of day. It was called M2 Incorporated, the brand's short-lived skunkworks company. It was a part of Mazda history that only a few outside Japan know about, but the Youtube channel YellowGloves shed some light on the in-house tuning firm. 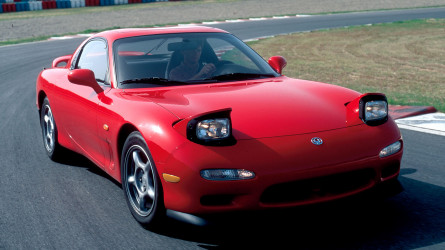 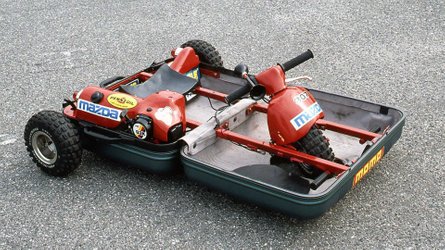 Remember when Mazda made a suitcase you can drive?

M2 Incorporated was established in 1991 and made either hotter versions of existing Mazda models or concepts for consideration. One of the first cars they made was based on the MX-5. Dubbed the M2 1001, it was also known as the Cafe Racer. It was inspired by classic racing roadsters from the '60s, but the changes were beyond cosmetic for the Cafe Racer. This car also featured a lowered and stiffer suspension setting, and exhaust by HKS, a limited-slip differential, and a little more power under the bonnet. M2 Incorporated made 300 units of the Cafe Racer.

The next car was the M2 1002 or the Vintage. It was also based on the MX-5 but less aggressive-looking than the Cafe Racer. It focused more on luxury with leather and wood appointments inside. Then there was the M2 1005, a rally version of the 323 hatchback intended for Group A competition.

M2 Incorporated also had fun with the quirky AZ-1 Kei-car. The company made an off-road-inspired concept of the mid-engined Kei-car, along with a rally car concept and one with a detachable roof. One eventually reached production and featured styling upgrades on the car.

One of the wildest concepts M2 Incorporated made was the M2 1006, also known as the CobraSter. Think of it as a beefed-up version of the standard MX-5 with a 2.5-litre V6 under the bonnet. That project was cancelled due to the complexity and extensive modifications to make it work. Other canned products include a coupe version of the first-generation MX-5 and a four-door sports car.

The company closed its doors in 1995 as part of Mazda's bid to cut its losses. After that, it closed down Eunos in 1996, ɛ̃fini in 1997, and Autozam in 1998. Still, Mazda is going strong despite the struggles and now aiming towards the luxury market.