Lotus celebrates best global sales in a decade during 2021

The US was the biggest market for the brand, followed by Japan and the UK.

British sports car maker Lotus is celebrating its best year for global sales in a decade, with more than 1,700 new cars sold worldwide. The result comes in the year Lotus ended production of its long-standing sports car range, which included the popular Elise and Exige models, as well as the Evora.

In total, Lotus dealers around the world sold 1,710 new cars in 2021, up by almost a quarter compared with 2020, when 1,378 cars were sold. It represents the Norfolk-based car maker’s biggest year since 2011. According to the Hethel factory’s spokesperson, the Elise was the top seller, with customers clamouring for the well-equipped run-out models: the Sport 240 Final Edition and the Cup 250 Final Edition.

The brand saw substantial growth around the world, with the Belgian market posting the highest growth in Europe, at 37 percent. In the UK, meanwhile, sales were up by 29 percent. But the North American market was a star performer, with retailers in the USA and Canada seeing sales increase by 111 percent compared with 2020.

Records were also broken in the Asia-Pacific region, where Japan had its best year since 2015 and Australia recorded its highest sales since 2018. Qatari customers were first offered Lotus cars in 2016, and the Arab state had its best year ever, while Bahrain, Thailand and New Zealand received their first new Lotus cars for at least seven years.

The USA was the top market for the brand, while the UK became the third biggest, after Japan. Germany and France rounded out the top five, with Italy, Australia and China making the top 10.

“Our global retailers have risen to the challenge of giving the Elise, Exige and Evora the send-off they deserved,” said Geoff Dowding, the executive director for sales and aftersales at Lotus. "It means we’re in great shape for 2022 to focus on the all-new Lotus Emira, our last petrol-powered sports car and the best of breed.”

Meanwhile Matt Windle, the managing director of Lotus Cars, said the result was a reward for the hard work of Lotus employees the world over, and heralded the start of a new era for the brand as it transitions to the new Emira sports car.

“In difficult circumstances our retailers have delivered what was asked of them and more,” he said. “It’s testament to their hard work, and that of our manufacturing, marketing, sales and distribution teams around the world. A huge thank you to everyone involved – what a way to move into the era of Emira.” 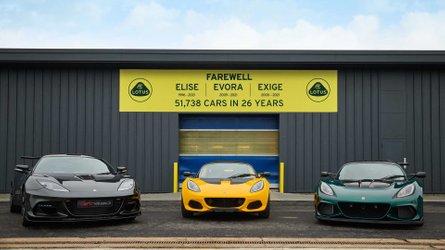 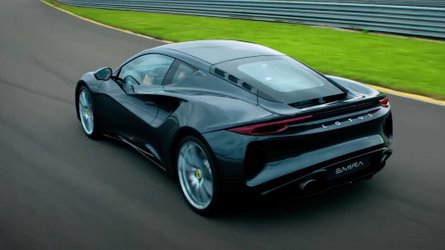